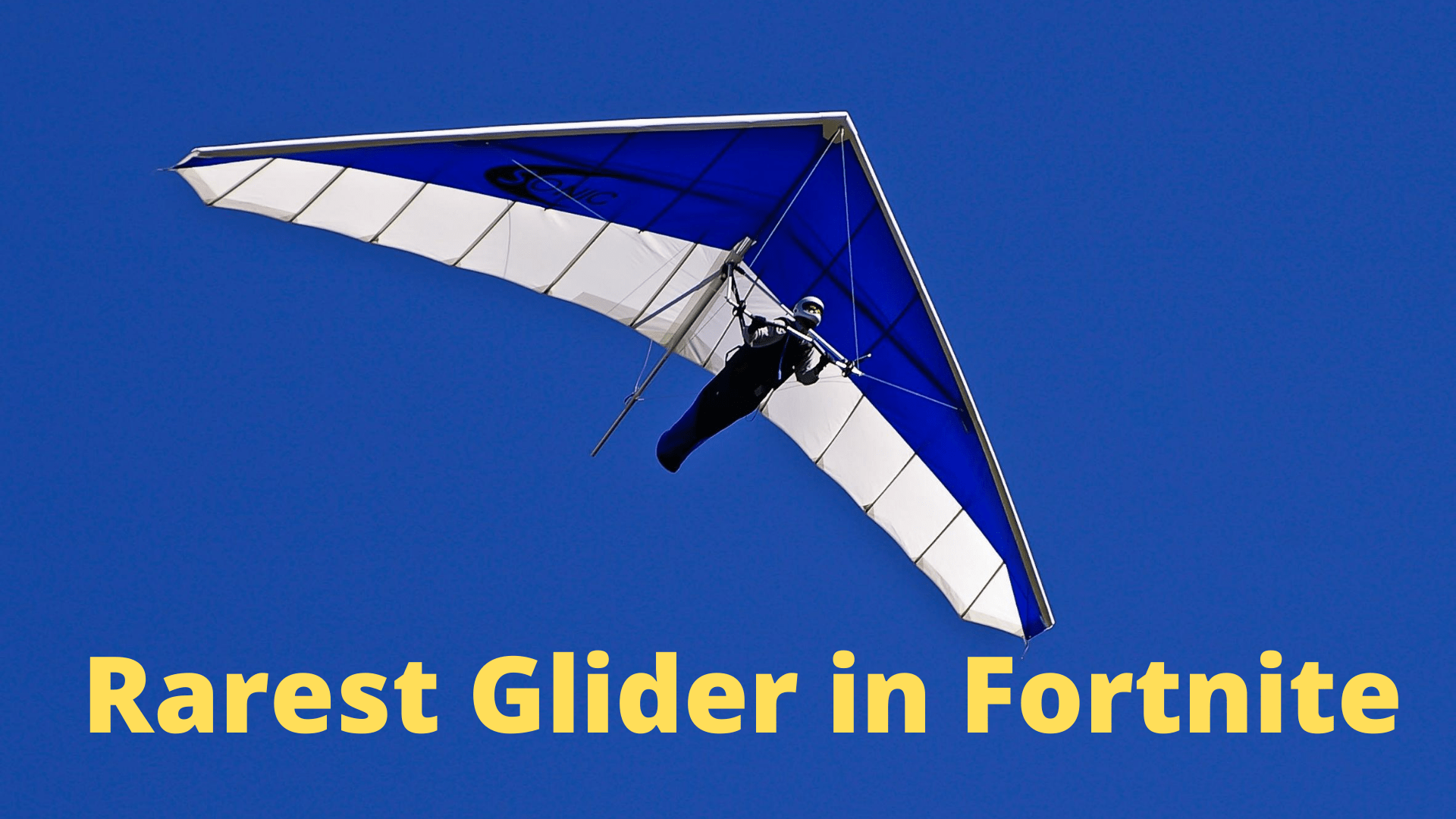 Changing skins and customize your looks is incredibly awesome but rarest gliders in Fortnite can help you win. A glider is something that a player can use while jumping off the bottle bus. All gliders are not accessible all the time but you have to add them to your bag. The Glider allows players to fly slowly and with more control, as faced to Skydiving. Gliders are purely cosmetic and either can be purchased using V-bucks or can be earned through various challenges. Scroll down to know more!

Epic game Fortnite now focusing on more gliders and at the time of the game introduction in 2017 many gliders were released. Those were some good gliders but players do not know much about them. So, in today’s article, I am going to share the name of those rarest gliders that you might not know but would be very helpful for you.

Having the rarest glider and a unique skin can keep you out of the crowd and show other players how good you are doing in the game. Check the list below:

Fortnite is an epic game and leading in the industry as well. Try out these rarest gliders and enjoy the game more!

Some other rare gliders are Double helix, Snowflake Umbrella, Rainbow Rider, Sir Glider the brave, and Aerial Assault one. However, this is not the end of the list!

What do you think about these gliders? We would love to hear from you. Thank you!