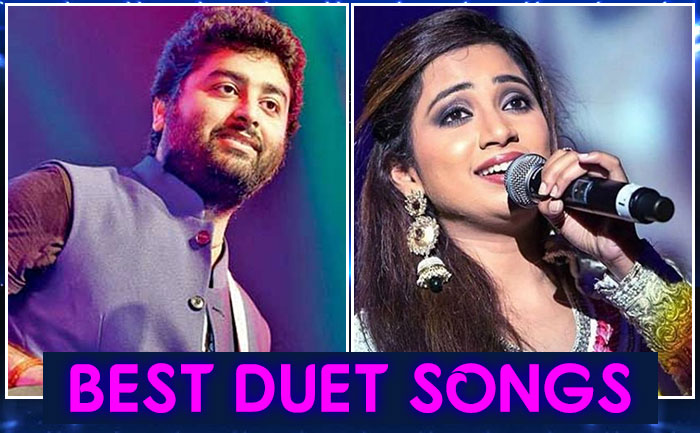 The music maestro of Bollywood, Arijit Singh and Shreya Ghoshal are identified for mesmerizing the viewers with their soulful songs. From ‘Raat Bhar’ to ‘Tu Chale’, each of them have sung some superb songs collectively. And we should say that the duo has a particular connection, on the subject of their songs. Right here’s the record of their duet songs so as to add in your playlist and pay attention it t it in loop.

‘Raat Bhar’ is an attractive track from Tiger Shroff and Kriti Sanon starrer, ‘Heropanti’. The track makes your groove to the foot-tapping beats and its superb lyrics. The track has been composed by musical duo Sajid – Wajid and it’s written by Kausar Munir. Arijit and Shreya’s soulful voice makes it much more price including in your playlist.

‘Manwa Laage’ is a tremendous track from Shah Rukh Khan and Deepika Padukone starter, ‘Completely happy New Yr’. The track has been composed by Vishal-Shekar and it has been sung by Shreya Ghoshal-Arijit Singh. The melodic observe certainly brings a smile in your smile.

‘Laagi Na Choote’ is yet one more superb duet track of Arijit Singh and Shreya Ghoshal.  The track is from Jacqueline Fernandez and Sidharth Malhotra starrer, ‘A Gentleman’. The attractive quantity has been composed by gifted Sachin-Jigar and it’s sung by Shreya Ghoshal -Arijit Singh.

Pal is taken into account to be among the best due songs of Arijit Singh and Shreya Ghoshal. The track is from film, Jalebi which starred Varun Mitra and Rhea Chakraborty in the important thing roles. The track has been composed by Javed – Mohsin and the enigmatic voice of the singers make it price including in your playlist.

Samjhawan is a romantic track from the movie, Humpty ‘Sharma Ki Dulhania’. The featured one of many nest duo, Alia Bhatt and Varun Dhawan. Composed by Sahir Ali Bagga, the lyrics have been penned by  Ahmad Anees and Kumaar. And the track is sung by Arijit-Shreya.

The track ‘Tu Chale’ from the Aascar Movies ‘I’ featured Chiyaan Vikram and Amy Jackson within the lead roles. The track has been sung by the duet, Arijit Singh and Shreya Ghoshal.

For extra such updates, keep hooked to The Reside Mirror.