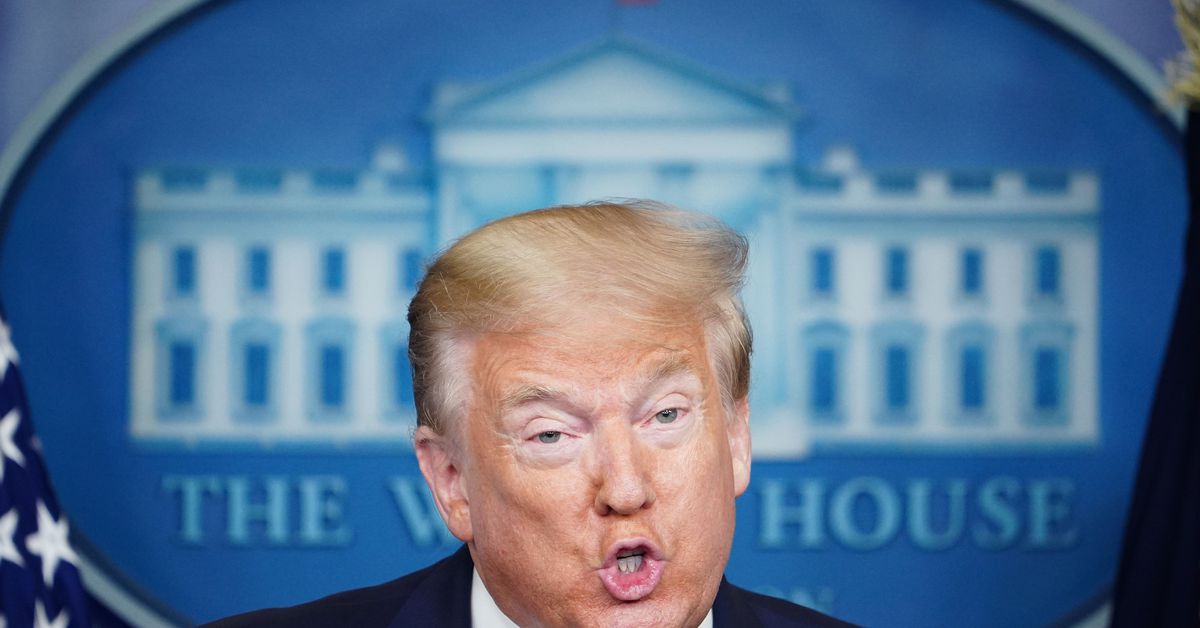 For years, Donald Trump’s fight against social media companies has been a one-man boxing match. He calls them out over bias, and they rewrite policies making him the one exception to their rules, taking care never to punch back. But on Tuesday, Twitter slapped back for the first time ever, labeling two tweets as making false and misleading claims about mail-in voting.

On Wednesday morning, predictably, Trump hit back. In a series of early morning tweets, the president said he would “strongly regulate, or close [platforms] down” before he allowed them to stifle conservative speech. Trump did not explain the ways in which the federal government could regulate or shutter social media companies in his Wednesday morning tweets, but the fresh threats are lighting a fire under the feet of conservatives who believe, unjustly, that social media companies silence conservative voices and views. Soon after his first set of tweets Wednesday, Trump said to expect a “Big action to follow.”

Republicans feel that Social Media Platforms totally silence conservatives voices. We will strongly regulate, or close them down, before we can ever allow this to happen. We saw what they attempted to do, and failed, in 2016. We can’t let a more sophisticated version of that….

It’s not the first time the president has called out platforms for perceived bias against conservatives, and it certainly won’t be the last. But all of Trump’s past attempts to regulate social media platforms for ideological bias have fallen short, even as the scandals provoking them continue to escalate. The efforts have provided the Trump reelection campaign with a convenient foil in the Silicon Valley liberals and “elites” that supposedly control moderation systems. But the president has never followed through on his threats and used his considerable powers to place legal limits on how these companies operate. His fights with the tech companies last just long enough to generate headlines, but flame out before they can make a meaningful policy impact. And despite the wave of conservative anger currently raining down on Twitter, there’s no reason to think this one will be any different.

Those flameouts are most tangible in the courts. On the same day as Trump’s tweets, the US Court of Appeals in Washington ruled against the nonprofit group Freedom Watch and fringe right figure Laura Loomer in a case purporting that Facebook, Google, and Twitter conspired to suppress conservative content online, according to Bloomberg. Whether it be Loomer or Rep. Tulsi Gabbard (D-HI) fighting the bias battle, the courts have yet to rule in their favor.

Those flameouts are most tangible in the courts

Trump’s own attempts to use his executive power to regulate social media platforms have also fallen short. Last fall, the Trump administration reportedly drafted an executive order titled “Protecting Americans from Online Censorship” that would empower the Federal Communications Commission with the ability to change how Section 230 of the Communications Decency Act is interpreted. Right now, that law ensures that platforms can’t be sued over content posted by their users, provided they make a good faith effort to remove posts that violate the law. FCC Chairman Ajit Pai has previously made remarks that social media companies have too much power over online speech, but agency officials argued that the administration’s order was unconstitutional. The draft order went nowhere.

“The law still protects social media companies like Twitter because they are considered forums not publishers,” Rubio tweeted Tuesday.

“Twitter is getting subsidized by the federal government for that interference [labeling Trump’s tweets] in the form of special immunity worth billions,” Hawley said. “Time to end #BigTech sweetheart deal w/ government.”

Hawley has championed the conservative fight against Big Tech by introducing legislation to pare back Section 230, a fight that has gained him many fans on the anti-corporate left. Last year, he introduced a measure that would revoke 230’s legal shield if a platform is proven by the Federal Trade Commission to act out of favor against conservative political views. But the bill never received a hearing, and most of his other efforts have failed to pick up broad support, even among Republicans. Even if his own party backed the proposal, it seems unlikely to get through the Democrat-led House of Representatives during campaign season. Hawley also sent a letter directly to Twitter CEO Jack Dorsey Wednesday questioning the platform’s ability to fact-check Trump after “choosing. to editorialize on President Trump’s tweets.”

Even if the Trump administration and Congress can’t address their bias concerns through policy and legislation, they’ll likely continue to leverage the scandals through campaign advertising and fundraising. Earlier Wednesday, Trump’s reelection campaign released a new ad “to FIGHT BACK against” the mainstream media and “their biased coverage” of the Trump administration. Replace CNN and MSNBC with Facebook and Twitter, and the Trump campaign has a set of brand-new liberal villains treating the president unfairly. The campaign has even gone out of its way to scapegoat Yoel Roth, Twitter’s head of site integrity, over a string of old tweets. That sort of attack is as damaging to Twitter as it is profitable for Trump — but if you’re imagining this path will end in a new age of tech antitrust… you shouldn’t hold your breath.