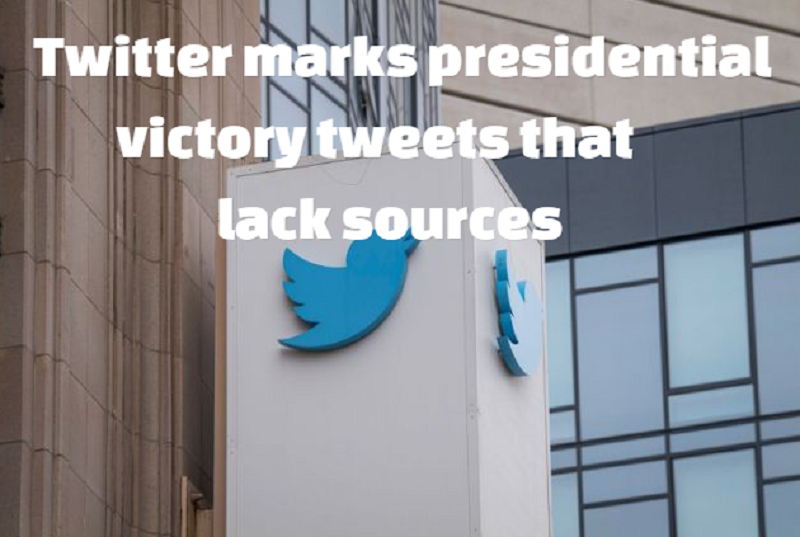 Twitter needs a minimum of two official sources to declare a winner of the US Presidential election before it will stop labeling tweets.

Twitter is placing labels on tweets that are claiming triumph for either candidate in the US presidential election until more of the sources it considers official have called the race.

Recently Twitter labeled a Tweet celebrating a Joe Biden victory by Tommy Vietor, the co-host of Pod Save America, and a former official in President Barack Obama’s administration. “Official sources may not have called the race when this was tweeted,” Twitter’s warning said.

Twitter put the same warning on a tweet by Representative Paul Gosar, a Republican from Arizona, who declared that Donald Trump “won this election.”

In a blog post, Twitter stated on Friday that the company requires at least two official sources to confirm a winner for the US Election 2020 before it will stop labeling tweets this way. Those sources are either announcements from state election officials, or public projections from at least two authoritative, national news outlets that make independent election calls, Twitter said.