As millions of Twitter user demand an Edit button to correct spelling errors in their tweets, Twitter has started testing an undo tweet feature which could first be rolled out to paid customers via a subscription service. With undo tweet, users have the option to quickly remove a tweet within a fixed period of time before it has been sent out. 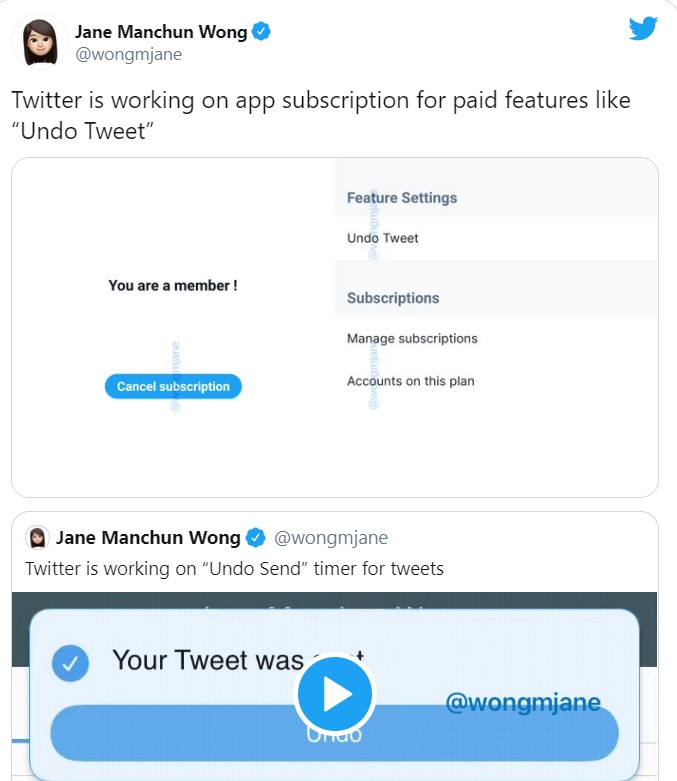 The feature is different from deleting a tweet which is available to all users at the moment, as undoing a tweet will eventually stop it from being sent.

Gmail offers a similar option for emails, where it provides a short window to stop messages from sent, after clicking the “Send” button.

For instance, if you have made a factual or a grammatical error in your tweet, you can use the undo button to first correct your mistake and then post it without deleting the entire tweet. It definitely saves a lot of time but comfort comes at a price so only the paid subscribers will have access to the feature.

The `Undo Send` button is likely to provide a 30-second window for users to recall or withdraw a tweet with typos and other errors before anyone can see it.

In addition to the undo tweet feature, Twitter has considered bringing new models such as Super Follows to let people receive a monthly subscription fee from their followers to send them exclusive content or newsletters.

Twitter aims to more than double its total annual revenue to over $7.5 billion in 2023 with at least 315 million mDAU (monetizable daily active users), its CEO Jack Dorsey has said, and a paid subscription service is another move to achieve the goal.