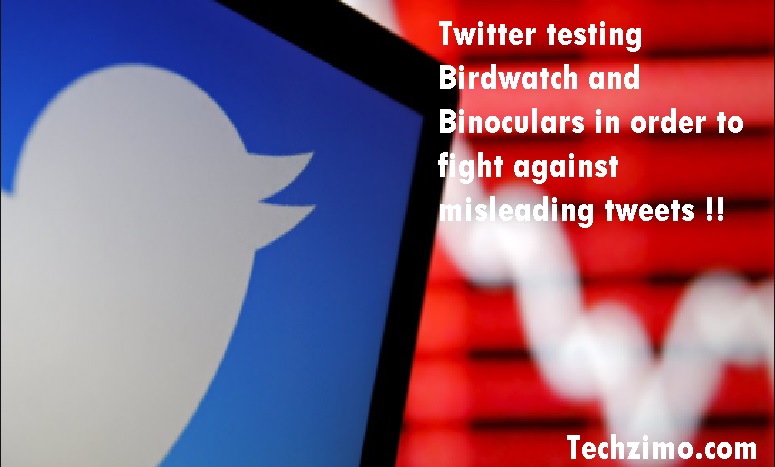 Twitter is all ready to come up with a new product to fight against misinformation usually given on its platform via Birdwatch.

Usually, Tweets come with a word limit that many times, could not convey the exact context of the publisher, and usually get misinterpreted by readers and a chain of mocking tweets then appear.

It will be named as “Birdwatch” and it will display notes with more details about the tweet so that users can get more context and understand the tweet completely.

Tweets can be added to “Birdwatch” — meaning flagged for moderation.

A small binoculars icon may also come on tweets published to the Twitter Timeline. So, whenever the button is clicked, users will be redirected to a screen where they can view the tweet’s history of notes.

You can tap on this icon to read notes that have been written about the tweet.

About the same and asked its users about their reviews on it. Check What he tweeted here- 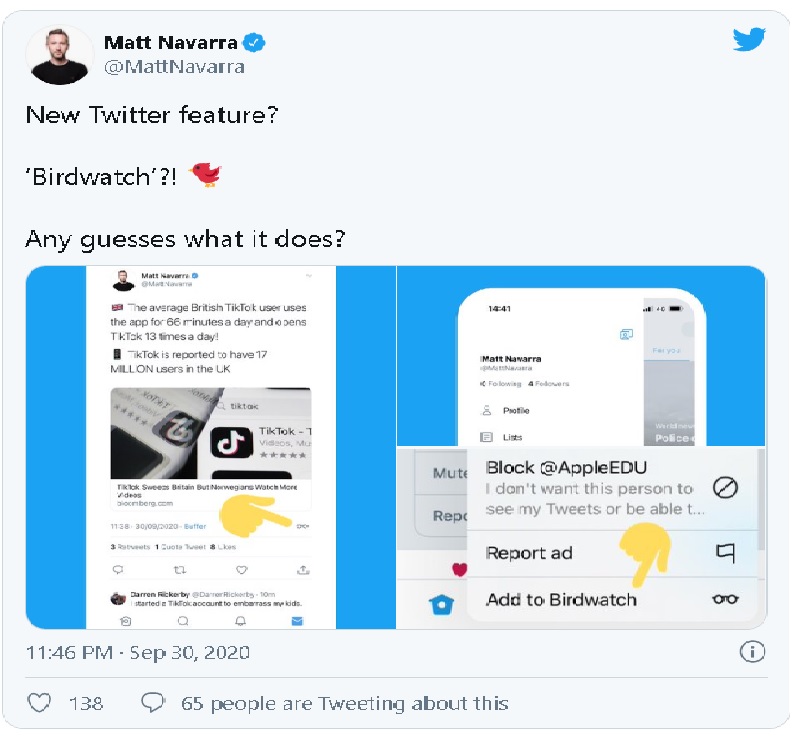 If we go by the screenshots shared by him, then we can see that the Birdwatch tool will be available on the sidebar of the tweet. There you can see the feature – “Add to Birdwatch” in order to add notes about it.

There’s also a “Birdwatch Notes” section under the Moments category in the sidebar menu. Here, users can keep a track of their Birdwatch notes.

Who can have this feature?

In the initial phases, it seemed like the Birdwatch feature would be restricted to fact-checkers. But now it seems like all that users will get access to it.

The feature was first uncovered this summer in the early stages of development by reverse engineer Jane Manchun Wong, who found the system through Twitter’s website.

In the times of viral news everywhere, Twitter has taken it to another level. And is taking a harder stance on tweets that contain fake, false, or incendiary statements.