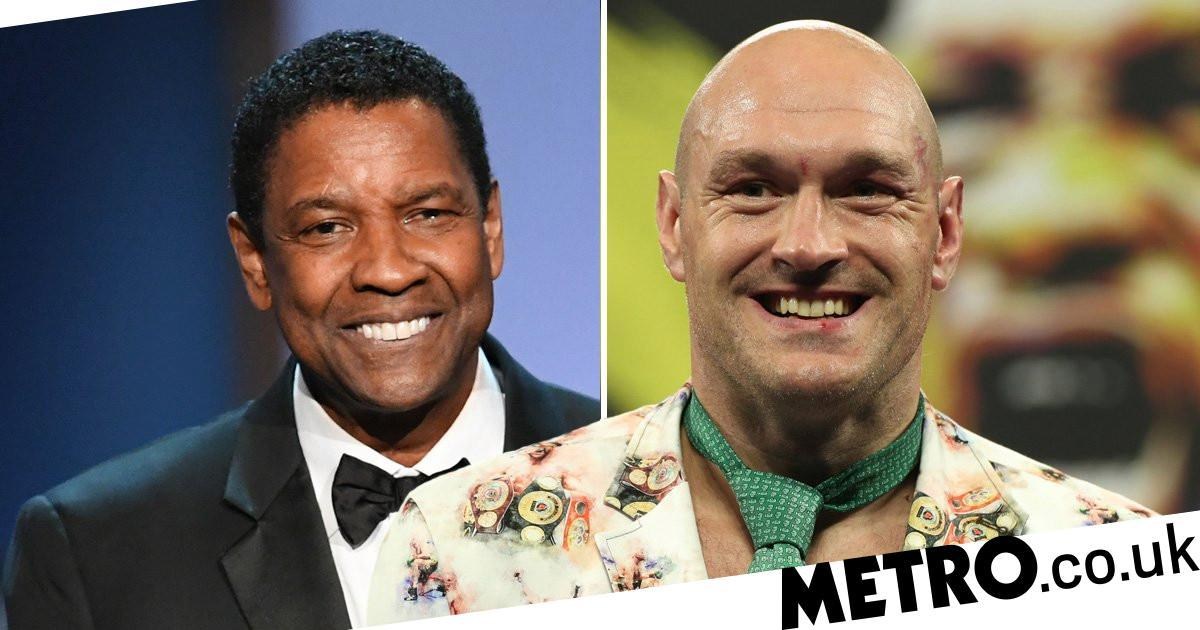 Tyson Fury is out here making big plans for a potential movie of his life and he wants Denzel Washington to play him onscreen.

Yep, the two-time heavyweight world champion boxer, 31, is eyeing up his very own biopic and he didn’t have to think twice about which Hollywood actor he’d want bringing his story to life.

Speaking to BT Sport, Tyson teased that he’s got a movie on the way, revealing: ‘I’m in talks with Hollywood directors now for the Tyson Fury life story.

‘They asked, “who would you want to play you?” I said, “Obviously, Denzel,” I’ve always wanted it to be Denzel. He’s good enough to play anybody, isn’t he?’

Although, Tyson did point out that he’s not sure Denzel would be able to master his voice, that has become huskier and huskier through years of fighting.

Making light of the damage to his throat, Tyson joked: ‘I’m not sure if [Denzel] can do the husky voice, though.

‘He’ll need a punch in the throat to do that and a congealed blood clot for the last four years.’

Tyson also teased that he’s been offered parts in TV series, but wouldn’t divulge which shows as he wanted to keep it a ‘big surprise’ if they do eventually come off in the future.

His reality series Tyson Fury: Gypsy King has reportedly been picked up for another series too.

The ITV show followed Tyson as he prepared to take on Deontay Wilder in Las Vegas and invited the cameras into his home life with wife Paris and their five children.

Tyson, who is the older step-brother of Love Island star Tommy Fury, is dad to sons Prince John, Prince Adonis and Prince Tyson, as well as daughters Valencia and Venezuela.