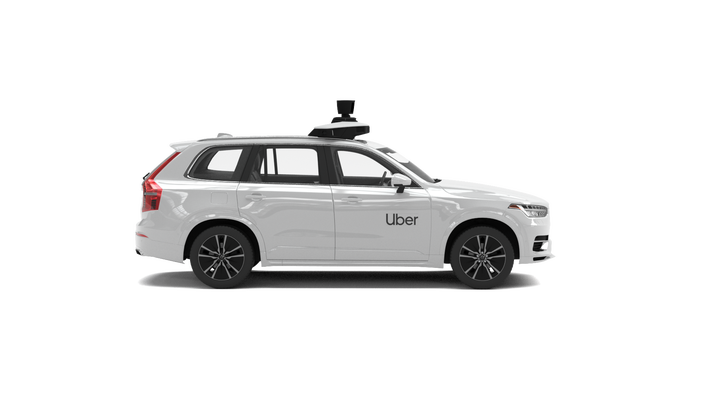 Uber is selling its driverless car subsidiary to start-up Aurora Technologies, shedding a unit that Uber’s founder once hailed as critical to the future of the firm.

Aurora, founded in 2017, said the deal will help it accelerate its mission to make self-driving cars a reality.

Uber will invest $400m in the Amazon-backed company, giving it a 26% stake.

Its chief executive Dara Khosrowshahi will also serve on Aurora’s board, following closure of the deal.

Despite the sale of its driverless car subsidiary known as Advanced Technologies Group, Uber said it remained interested in the sector, with plans to collaborate with Aurora when it comes to launching driverless cars on its network.

“For the last five years, our phenomenal team … has been at the forefront of this effort – and in joining forces with Aurora, they are now in pole position to deliver on that promise even faster.”

Developing driverless technology was a key priority when Uber’s founder and former chief executive Travis Kalanick was leading the ride hailing firm, since he saw it as a way to reduce costs.

But the programme hit setbacks after one of its cars was involved in a deadly crash in Arizona back in 2018, though officials blamed human error for the accident and declined to bring criminal charges against the company.

The driverless car unit was also caught up in legal fights over allegations of technology theft.

Mr. Khosrowshahi, who replaced Mr. Kalanick as the boss of Uber in 2017, has refocused the firm on taxi and food delivery services as he pushes to make Uber profitable.

The deal with Aurora values Uber’s Advanced Technologies Group at roughly $4bn, down from the $7.5bn it was estimated to be worth last year, according to Reuters. It is expected to be completed in the first three months of 2021, Uber said.

Aurora, led by veterans of driverless car efforts at Google and Uber, says it has previously received “significant investment” from Amazon, which is known to be exploring the possibility of driverless delivery vehicles. South Korean carmaker Hyundai has also backed Aurora, which has offices in four US cities.