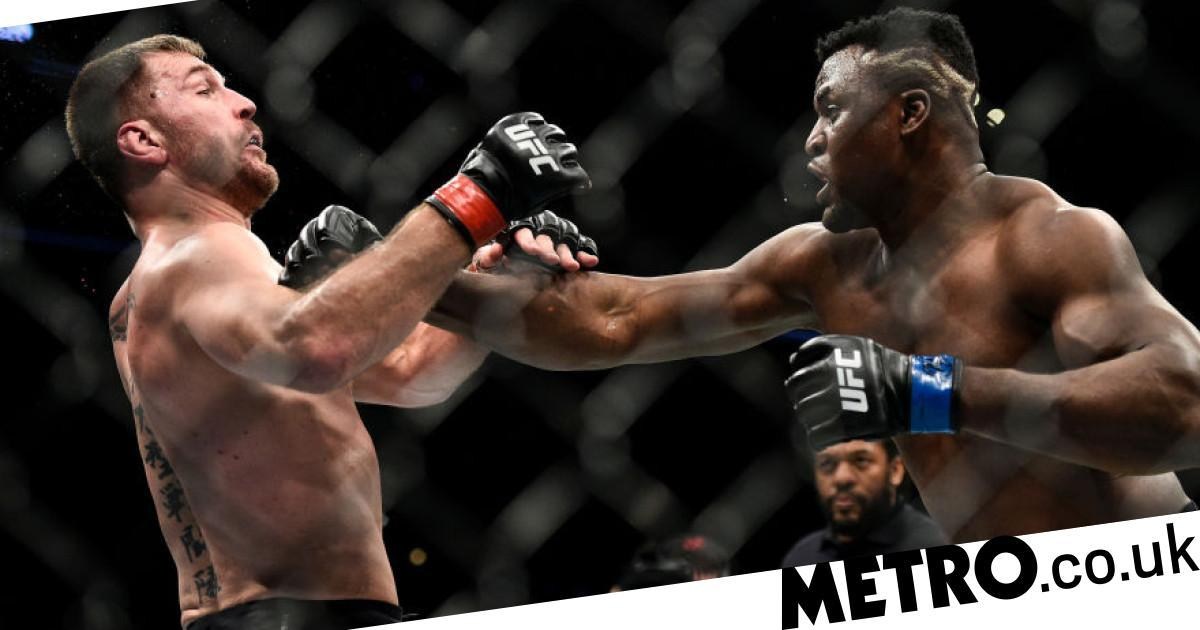 UFC heavyweight champion Stipe Miocic has warned Jon Jones about taking on Francis Ngannou due to his incredible punching power.

The light heavyweight champion has long teased a move up to heavyweight, but Miocic, who has a win over Ngannou, said Jones couldn’t underestimate how ‘explosive’ the Cameroon fighter was.

‘That would be a good fight,’ Miocic told MMA Fighting. ‘Interesting matchup. I think anyone fighting [Ngannou] is a tough fight cause he’s so explosive and he hits super hard. That’s the one equaliser.

‘He might not be as technically sound as Jon Jones but he does have power.’

After repeated swipes over social media, Jones announced to his fans that the UFC were not willing to give him a pay rise to move up to heavyweight.

Ngannou echoed Jones’ explanation on his Twitter, saying: ‘In my opinion, the UFC aren’t willing to make this Jon fight happens or at least for what it worth.’

Miocic’s convincing victory over Ngannou in 2018 sparked a confidence crisis for the 33-year-old, but he has since bounced back with four knockouts in a row – most recently a 20-second stoppage against Jairzinho Rozenstruik at the start of this month.

The coronavirus pandemic means big fights are currently on hold, but Miocic predicted Jones was capable of beating Ngannou.

‘I definitely think [Jones] can win with a great game plan but like I said anything can happen,’ Miocic said.