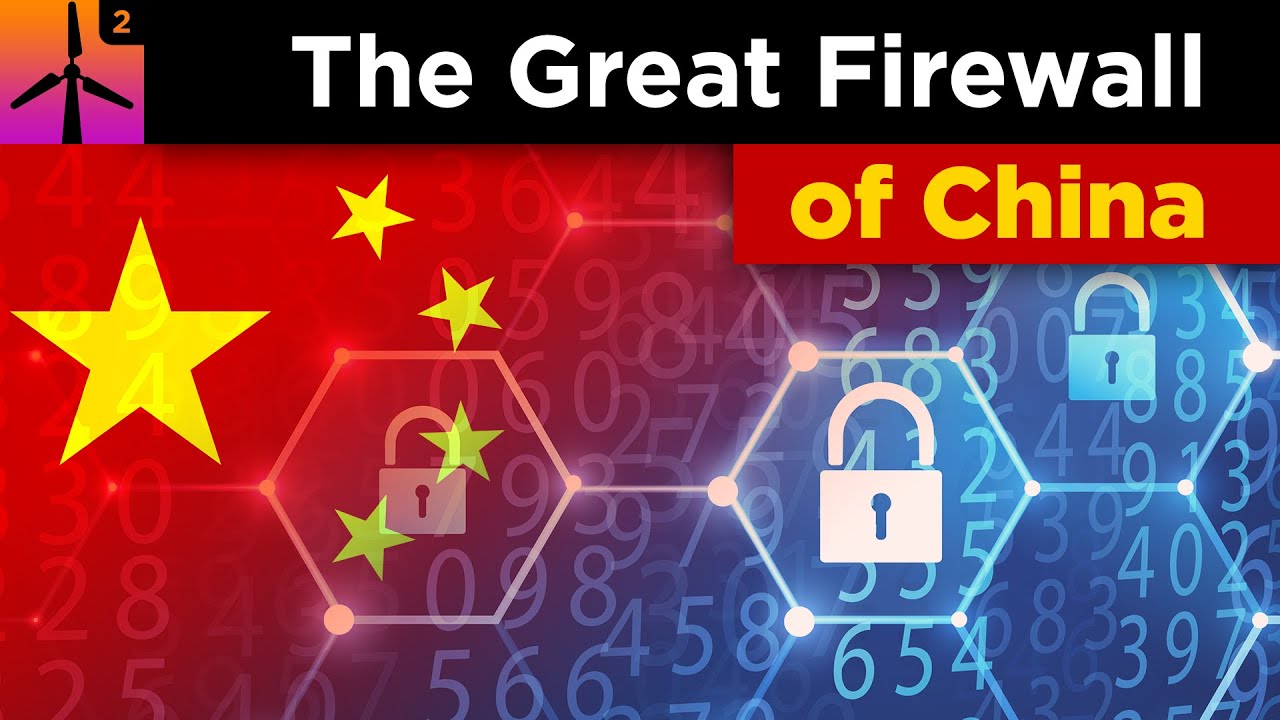 The People’s Republic of China has two famous walls. The first and most renowned is the Great Wall, which took centuries to complete and traverses the country, spanning over 21,000 km. The second and lesser-known is the Great Firewall of China (GFW), and this article will attempt to shed some light on the sheer scope and size of it.

Coined by Wired magazine in 1997, the Great Firewall of China comprises legislative technologies and actions with the aim of filtering, censoring, spying on, regulating and controlling the internet in China. It has come to represent all censorship in China. 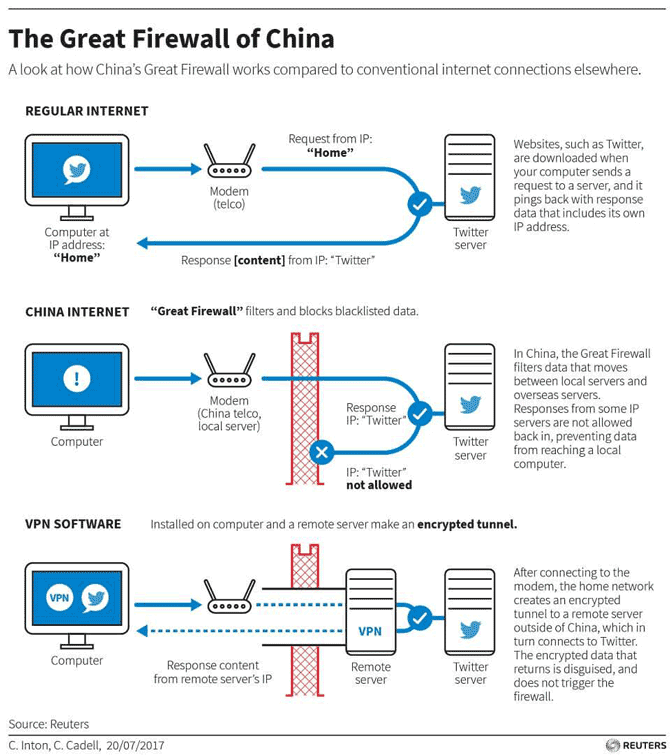 One way it’s manifested is that the state favors access to domestic companies, services and resources online while slowing down or limiting access to foreign ones. As part of the GFW, many of the most popular (non-Chinese) online resources, companies, media, search engines, services and organizations have been banned outright.

Over and above aiming to prevent slurs on the Chinese Communist Party, its leader Xi Jinping and other key party members, there is a broad range of websites with subject matter listed on China’s website censorship list including:

Interestingly, Chinese censorship can also take place outside of China as some foreign sites block citizens of China either in protest against the GFC, or to protect themselves from Chinese hackers. For example, top online casino guide NoDeposit365 restricts Chinese nationals from using their site to access online gambling content.

But understanding the scope and size of the Great Firewall is no simple task, because behind it lies a series of complex rules, dealings and mechanisms. These are becoming even more insurmountable by the day, as the Chinese authorities throw more weight and resources behind feeding the population ‘watered down’ internet.

But this hasn’t stopped many citizens of China from trying to overcome the GFC, which is managed by the Bureau of Public Information and Network Security Supervision as part of the National Public Security Work Informational Project, a.k.a. the ‘Golden Shield Project.’ This specialises in the surveillance and censorship of data.

Many Chinese Nationals Try to Bypass the GFW

In fact, since the birth of the GFC, countless Chinese people eager to access the outside world via the internet have tried to do just that with varying degrees of success. Many, for instance, have sought out and even built a host of tools and ways to ‘slip through’ the GFC net in what can only be termed as a game of ‘cat and mouse.’

Of course, ‘breaking through’ GFC is increasingly difficult because of the huge amount of resources the Chinese government has behind it. For instance, virtual private networks (VPNs) that provide China’s citizens with instant access to the ‘outside internet’ are being increasingly detected and shut down as fast as they’re established.

Hundreds of VPNs Banned in China in March 2019

In fact, a March 2019 update of the GFC saw more VPNs (and VPN tools) added to the official ban list than ever before. Hundreds of VPNs that at one time had ‘flown under the radar’ were blacklisted in one fell swoop. But this isn’t surprising considering China is one of the ‘most advanced surveillance nations’ in the entire world.

That is to say, China is not a good conduit whatsoever for ‘individual choice,’ personal privacy, or anonymity. The Chinese government is not eager for the nation’s populace to access the outside world via the internet as that would open the way for unhindered communication and the proliferation of ‘unfiltered’ information.

Apart from VPN blocking, the GFC has many other ‘censoring tools’ in its arsenal like:

Communist China has Almost 300 US$ Billionaires

This is especially true of opinions or information that is anti the Chinese government, regime or Communist way of life. While modern China is more ‘pro-capitalist now than at any other time in its history (it has almost 300 US$ billionaires with a total wealth of over one trillion dollars), it is still firmly ruled by the Communist Party.

Of course, the big question is if China is still a Communist State, how come its billionaire count (which is growing virtually by the day time) is second only to that of the United States? According to many in the government, individuals in China that excel financially are acceptable as long as they contribute to the upliftment of the masses.

But these same masses are the ones that bear the brunt of not being able to enjoy uncensored and unfiltered internet access. Many are not even aware of the lengths Chinese authorities go to in order to ‘sanitize’ their internet. Blocking access to sites is one thing, but the proliferation of deep packet inspection (DPI) is another.

At its core, DPI is a highly advanced way of managing, examining and filtering network traffic by analyzing content. It works by locating, identifying, classifying, rerouting, and/or blocking packets containing specific data. Most worryingly, in a Chinese context, it can detect and flag information that hasn’t been blocked or banned before.

And since they can get into trouble by leaving information that should be flagged, most tend to sensor too strictly. In fact, many of these firms that conduct censor manually have more precise guidelines on the punishments they’ll face if they get it wrong than accurate guidelines on what to censor which is very worrisome.

In short, the Great Firewall of China is more vigilant every day in what it doesn’t allow the Chinese populace to access on the internet. Whether this will ever change remains to be seen, but one thing is for sure – despite how powerful China has become on the global stage in recent years, it’s still intent on keeping its own citizens in the dark.