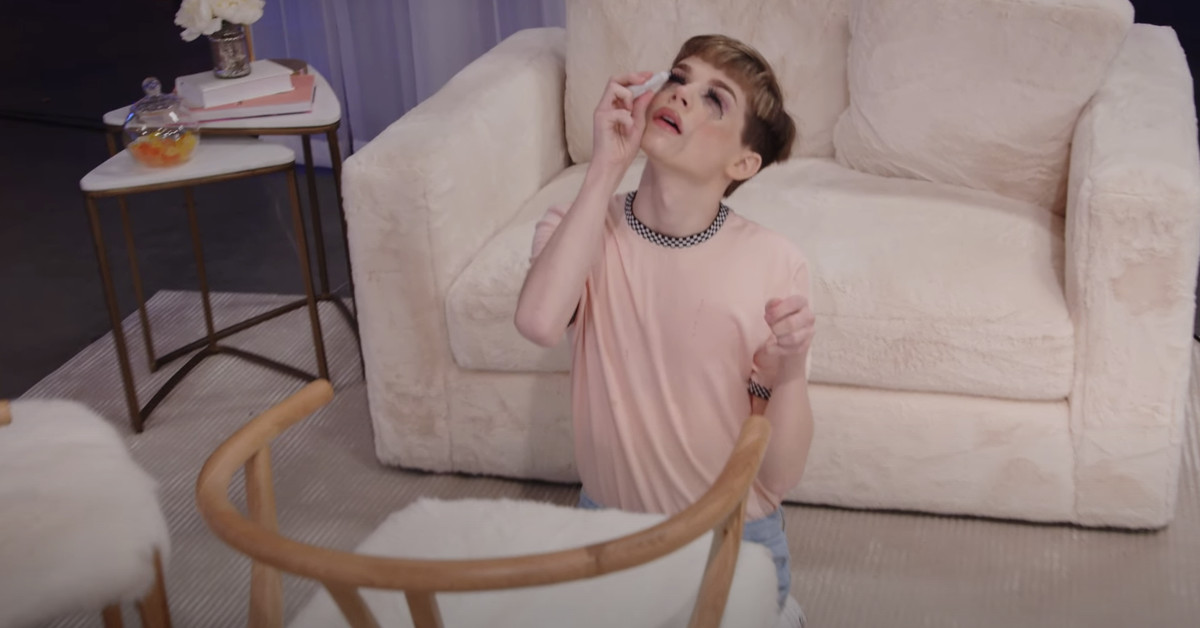 Beauty guru and YouTube creator James Charles is well-versed in the apology video, a staple of YouTube culture that many of the platform’s top personalities have had to film, and he’s passing along those skills to a new generation of wannabe influencers.

In a recent episode of his YouTube Premium competition series Instant Influencer, Charles gives a group of aspiring beauty stars a new challenge: create an apology video that is believable and won’t end up torn to shreds by the popular commentators who often keep YouTube’s community in check. Apologize correctly, and fans may not turn their backs, declaring a YouTuber instantly canceled. Come off fake, rude, or arrogant, and face the wrath of a community deciding all at once to burn said creator at the metaphorical stake. Apologizing is something that’s more than likely going to happen, James warns, so it’s best to prepare now.

“Take this from me because I’ve had to deal with this,” Charles warns in the episode. “As an influencer, when you grow a following, you might either say or do something that people might not like or agree with, and eventually, you might have to apologize.”

Each contestant was given a believable YouTube scandal: overusing “clickbait titles” to get views, missing a meet-and-greet, being caught over-editing photos, or monetizing an earlier apology video with ads. They have to make it believable — no makeup, fresh fake tears, camera angled in a certain position — all while sporting a hopefully authentic apologetic look on their face.

Relying on what they’ve seen in other influencer videos, the contestants used whatever they could to make the apology videos work. Some filmed in low-lit areas of the room, with the camera super zoomed in on their faces to make it look as solemn as possible. One contestant used eyedrops to make it look like he was crying on camera. Another contestant kept a script for her apology by her camera, trying to read what she wrote without sounding scripted. Upon review, Charles joked he’s pretty sure they would emerge from their scandals “uncanceled and alive.”

Charles is no stranger to filming an apology video. When Charles first started becoming famous, he was forced to apologize for racist expletives he used on Twitter when he was younger. More recently, he found himself at the center of controversy in the beauty community last summer, winding up in a feud with fellow beauty vlogger Tati Westbrook. The feud, which was kickstarted by a 43-minute video posted by Westbrook calling out Charles for a series of misdoings, led to Charles losing more than two million subscribers in one weekend. Charles returned with an apology video that featured many of the techniques he highlighted for the show’s contestants — lose the makeup, wear a somber expression, and respond to the problem quickly.

“Filming an apology is not fun, but sometimes you do have to address things in a timely manner,” Charles said.

Apologizing has become part of being an internet celebrity. Influencers and creators who are just coming into their own may not have press agents, managers, and other team members who can help them craft an apology and distribute it through traditional routes, like official press releases. So they end up using the platforms they’re already using to speak to viewers, which is often YouTube.

YouTube creators also don’t have the luxury of distance between themselves and fans. Creators become popular and maintain that fame by leaning into the parasocial relationship with their fans. It’s why so many have a cute name for their groups of devoted viewers, who feel like they have a relationship with the YouTuber or influencer they’re watching. Since apology videos have to feel authentic in order to maintain that relationship, the only way to deliver them is via YouTube or Instagram.

Like Charles told his batch of wannabe influencers, apologizing is just part of being famous online now. Learning how to act out a proper apology video is key to ensuring that when success comes, it remains, even in the face of drama.