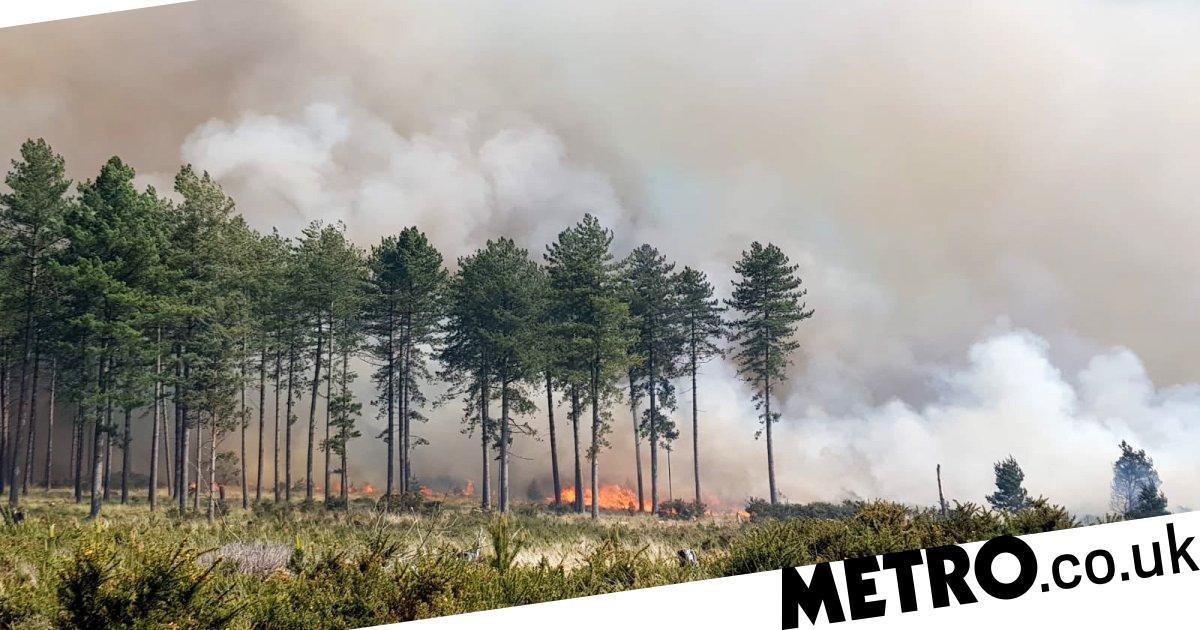 A large fire that broke out yesterday lunchtime has been declared a major incident.

At least 150 firefighters are trying to contain the blaze at Wareham Forest, Dorset, that has already destroyed over 100 hectares of heath and woodland.

The fire is being fanned by strong winds and it has led to road closures and power cuts because electricity pylons have set on fire.

Huge plumes of smoke have been drifting towards Bournemouth, Poole, Ferndown and Wimborne with people being told to keep windows and doors closed, particularly people suffering from coronavirus symptoms.

There are closures in place at Sugar Hill, Bere Road, and along the A35 between Bere Regis and Morden Park Corner.

Firefighters do not currently know how the fire started but an investigation will take place.

Fire service spokesman Craig Baker said: ‘It was a wind-driven fire that was roaring across the health land, so we asked for 25 engines and other support vehicles that can get into the real centre of the fire where we need it to.

‘We had other difficulties to deal with – a major National Grid power line runs right through the area so we’ve had to take necessary precautions as a result.’

The fire comes just days after the fire service issued an alert for the area because of low humidity and dry heath land.