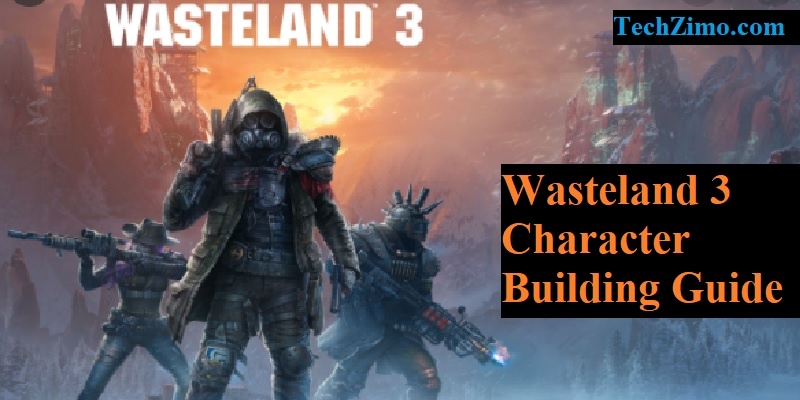 Are you looking for Wasteland 3 Character Building Guide? What are the best starting attributes? What background you have to choose? Here, you’ll get complete guidance.

Wasteland 3 is released for Microsoft Windows, macOS, Linux, PlayStation 4, and Xbox One on August 28, 2020.

Wasteland 3 is developed by inXile Entertainment and published by Deep Silver. It comes with features of both single-player and multiplayer turn-based combat. In this game, the player has the choice to create characters with some customization.

Wasteland 3 is a little different from Wasteland 2.  You can create a whole party of Rangers to support each other’s strengths and weaknesses. There are many skills and attributes. and picking the wrong attributes for a character can leave them in a strange spot.

Wasteland 3 character building is a lilbit tough job. For this, we should have complete knowledge of weapons and skills that we can use. So starting to build the character, you have to build two new characters or choose from a list of prebuilt stock. In Wasteland 3, as the characters increase levels and improvement they gain points in two main areas: attributes and skills.

Choosing the right background in wasteland 3 character building will help you to enhance your attributes and skills. But be cautious while taking a decision otherwise, it’s ending is quite dangerous. In the beginning, Bookworm is a safe choice.

Here is a list of all the Background options:

Below is the representation of Background and What do you get with it?

In Wasteland 3 character building, there is freedom of choice of weapons for the gamers. Each choice has its own benefits and drawbacks.

Shotguns deal mediocre damage to a single target but can make up for it by hitting every enemy.

Sniper rifles are very expensive, making it hard to shoot more than once.

Assault rifles are powerful weapons with good penetration and hit chance. They don’t cost too many points to fire so you’ll be able to both shoot and move more often.

Submachine guns have short-range and don’t cut through armor very well. However, they’ll do serious damage to unarmored foes.

Bladed weapons attacks are cheap but have low armor penetration.

Here are some sample builds based on character roles

Gunslingers should focus on coordination and luck to get an extra shot per turn and bonus armor penetration.

Tanks should sacrifice awareness, luck, and intelligence and put more points into strength and speed.

Snipers should maximize their intelligence because scoring a critical hit with a sniper rifle is so powerful.

Well, Gamers, this is all about the Wasteland 3 character building guide. I hope you have enjoyed this brief guide.

Thank you for reading!