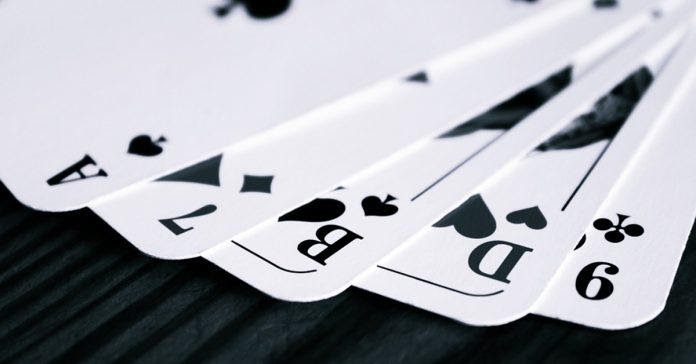 Indian mobile phone market is in an upswing, and so are the associated apps and services. As the overall mobile phone market grows, so does the expenditure on associated services and features. The potential of mobile gaming in India is often considered an ever-growing sector that isn’t likely to let up soon. So far, it hasn’t disappointed these predictions.

This growth includes direct payments made by users to gaming developers or apps. Another associated sector is the online casinos and gambling market. Players can use real cash in these games (as they would in a conventional casino), and possibly earn a tidy profit.

Several people use this as a side gig to keep steady cash flow while many others play these for the thrill and fun of games. Either of these users could get lucky and win big. Besides, the risk is part of the fun of the game.

Given the high stakes and market potential, the sector receives scrutiny and is subject to both observation and research. A database research of Indian card games by ENV shows some interesting facts about this fascinating industry and where it is headed.

Mobile Market is a Big Force

Mobile phones are the backbone of Indian Online Gaming. The huge phone user base and relatively cheap internet costs have made online casinos easily accessible to everyone. These developments have made it possible for websites to capitalize on India’s massive population and users.

Another significant aspect of all this is the use of wallets. Apart from the growth in the general mobile business, wallets have also benefited from the government’s push towards digital payments. Setting up the wallet enables a user to deposit and withdraw money near-instantly.

This has led to lowering the threshold required for users to play games with real money. Since the penetration of debit cards and credit cards remains relatively low, the presence of trusted systems to handle money helps consumer confidence.

Since all wallets integrate seamlessly with mobile, it has become easy for users to engage with games using real money. Of course, these players aren’t going to be high rollers. They’re a rarity even in established casinos!

However, with a large number of players available in India, thanks to the mobile revolution, economies of scale can kick-in rather quickly. It also helps that online casino and betting sites too can scale quickly to match demand, as they aren’t bound by physical constraints.

Turning Local is the Recipe to Success

The online system can’t give players the “Vegas experience.” Well, at least not yet. So, it makes better sense to cater to user preferences. The interest is no longer on trying to “educate” players on games played globally. Rather, the interest has moved to involve local card games that have a traditional player base in India.

While the Indian online casino market is fragmented owing to uncertainty in laws and regulation, some strong bases have come up. And these have shown the way forward by pushing local games.

Games like Poker and slots are still popular, but the proverbial crown jewel of the Indian online card games are Teen Patti, Andar Bahar, and, to some extent, Rummy. Many casinos have also been able to encourage people to try out other games like someone playing Andar Bahar may decide to play a round of slots as well.

Higher engagement from the player is a win-win situation for the business and the player. Let’s consider the most popular games and avenues.

Established Indian brands like 10cric.com cover most needs of the player. You can play classic games like Teen Patti, Rummy, etc., and it’s also possible to play Roulette and similar games. The website also leverages India’s interest in cricket (and other sports). Players can put their money on sports or various aspects of the game, thus remaining fully engaged.

In part, Teen Patti is inspired by the British card game “3 Card Brag.” You could also call it the Indian version of Poker. But the Teen Patti game is thoroughly Indian in its styling and play. Though this is largely a game of chance, skill does play a part, and players can use that to gain winnings even on a weaker hand.

Since the game is familiar to Indian users, it gets more interest. As a result, several online card games involve a setup for Teen Patti. How the player chooses to go ahead is entirely dependent on them.

Several platforms don’t essentially need you to spend cash to play a game. You could easily play a simulation. Since the threshold for playing is often low, people often choose to play Teen Patti real cash at 7Jackpots

The opportunity of earning real cash with a quick game is tough to beat. And that has contributed immensely to the success of Teen Patti as an online mobile game.

Andar Bahar, too, is largely based on luck. But experienced players know that they can increase their chances of winning with every hand. On the surface, the probability of a win looks like 50/50. Those are good odds for any game. But the probability can change with each card, even if ever so slightly.

That’s why experienced players benefit from a better understanding of the game. The game rules of Andar Bahar are deceptively simple, which encourages players to take their chances with this game. While a deeper understanding can benefit the player, many players take the shot moving purely on chance.

Most versions of the game allow placing a bet on both sides (Andar and Bahar). That way, savvy players can hedge their bets and maximize their gains.

Fabulous growth in the Indian online card games is encouraging news for the sector. Backed by technological leverages provided by mobile phones, cheap internet, and wallets, online card gaming has made some huge strides.

Indian games take a big share in the market, as well as the revenue generated. Locally popular games like Teen Patti and Andar Bahar have put on a strong showing and remain the linchpins of online card gaming in India.