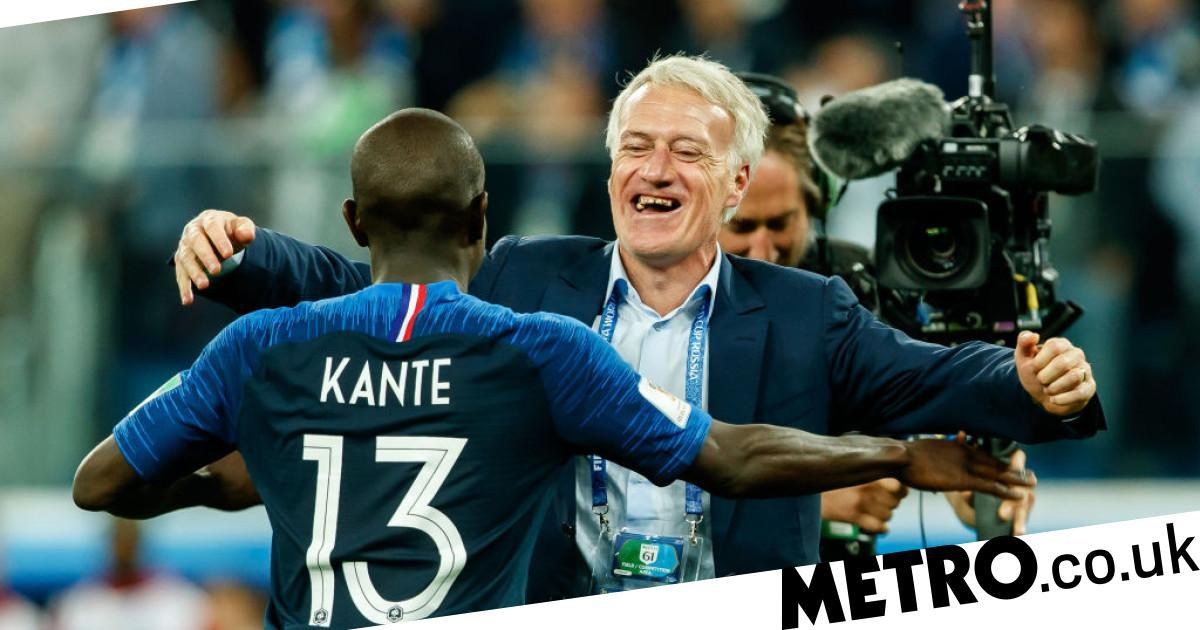 Chelsea midfielder N’Golo Kante has the ‘respect’ of his France manager Didier Deschamps for refusing to return to training due to fears he could contract Covid-19.

The 29-year-old took part in one training session last week with the rest of the first team but has opted out of any further involvement since then.

Kante has a family history of heart problems and the club have told him he can miss the rest of the season if he doesn’t feel comfortable enough to return.

Blues goalkeeper Willy Caballero admitted the France international is scared after suffering with coronavirus symptoms during quarantine, and the midfielder’s decision to sit out has been praised by his international manager Deschamps.

‘Not only do I understand it, but I find the case of [N’Golo Kante] exemplary,’ Deschamps told Le Parisian.

‘N’Golo is whole, natural. He always has a smile.

‘He has expressed his feelings. I told him, “Respect”.

‘It is good that his club heard him and granted him his wish. You have to take into account the feelings of the players.

‘Football is their job and their passion, but they cannot live the current situation in a carefree manner, without being worried.

‘If the club, which is the employer, demands that they come to train, it is complicated for them not to perform.’

MORE: N’Golo Kante has told Chelsea teammates he is scared to return to training