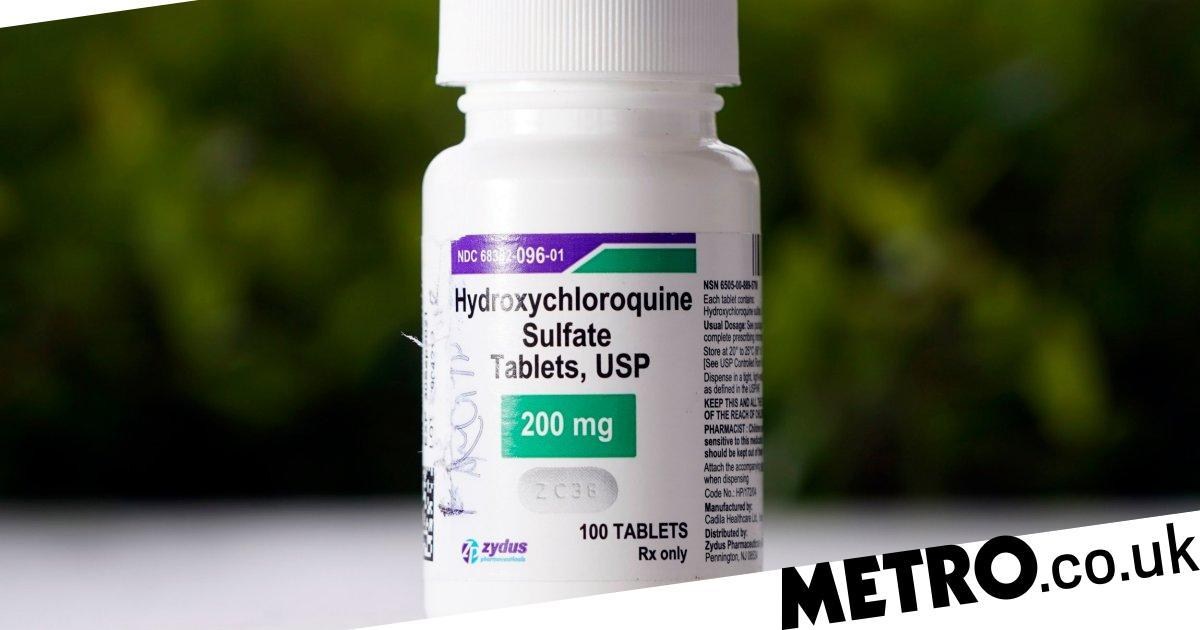 President Donald Trump has said he’s taking hydroxychloroquine to ward off coronavirus despite the fact that it is not proven to protect against Covid-19 infections.

Trump said on Monday that he’s been taking the drug along with a zinc suppliment ‘for about a week and a half now.’

Hydroxychloroquine can have potentially fatal side effects, with the Food and Drug Administration (FDA) warning that it should not be taken outside of hospital or research settings.

House Speaker Nancy Pelosi has since told CNN: ‘He’s our president and I would rather he not be taking something that has not been approved by the scientists.

‘Especially in his age group and in his, shall we say, weight group, what is morbidly obese, they say. So, I think that it’s not a good idea.’

With the US president being so outspoken about the drug, here’s what hydroxychloroquine is actually used for and what the potentially dangerous side effects are.

Hydroxychloroquine is an anti-malaria drug which can also be used to treat lupus, rheumatoid arthritis and porphyria cutanea – a type of blood disorder.

The drug has not been proven to be an effective treatment for or preventative measure against coronavirus.

President of the American Medical Association, Dr Patrice Harris, said: ‘There is no evidence that hydroxychloroquine is effective for the treatment or the prevention of Covid-19.

‘The results to date are not promising.’

Trump, 73, has been going against the advice of many of his administration’s top medics and referring to hydroxychloroquine as a potential cure or treatment to prevent catching the deadly virus.

The president told the press that his doctor had not recommended the drug to him, but that he instead requested it from the White House physician, saying: ‘I started taking it because I think it’s good. I’ve heard a lot of good stories.’

However, the FDA has been warning against using hydroxychloroquine outside of hospitals or research settings since April because it can end up causing heart problems.

Good Morning Britain’s Dr Hilary Jones did not mince words when he said that, while ‘better than taking bleach’, the drug still has the potential to be ‘very toxic’.

He said: ‘It can be very toxic, it’s better than taking bleach, it has been around for a long time, and it could prevent the reduction of the virus.

‘Even from the outset China said it didn’t show any benefit, and it hasn’t shown any benefit in other studies.’

The GP continued: ‘It can cause heart failure and heart irregularities, it is toxic to the liver, there are no benefits and actually it could be dangerous.

‘It’s a toxic drug and needs to be used carefully, I know a lot of workers were using it as a preventative, it sounds like [Donald Trump] is three weeks behind on the rumours.

‘There is no proven evidence that it is useful for the prevention or treatment of Covid-19 it could do more harm than good.’

Later on, Dr Hilary went so far as to say: ‘If you look at the list of side effects, they’re huge; bone marrow suppression, deafness, heart irregularity, liver damage. And he’s saying to people go and take it – he’s like a drug pusher!’

When TV host Lorraine Kelly asked: ‘How dangerous do you think that is?’, he replied: ‘So dangerous, and it could actually lead to legal cases.

‘It’s quite possible people could die, there are no clinical trials that proved it has affected [coronavirus]. It’s very hard to understand.’

Previously, Trump made comments saying scientists should investigate to see if they could inject the human body with disinfectants to kill Covid-19.

Days afterwards, there was a surge in calls to US emergency hotlines regarding disinfectant.

MORE: Coronavirus may lead to delirium and PTSD, study warns

MORE: In a post-coronavirus world, hotels could be staffed by robots