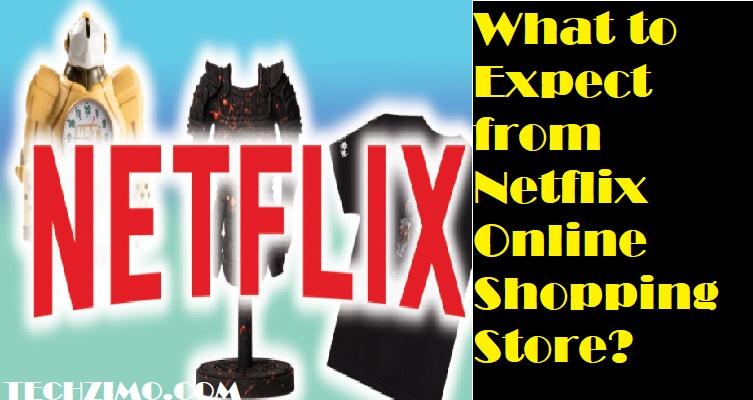 Netflix has recently launched its most awaited online shopping store Netflix. shop. This will be Netflix’s first retail outlet and here it will sell products to its customer directly.  This online retail outlet will feature exclusive high-quality lifestyle products. This will feature the collaboration of Netflix shows and brand apparel.

Products debuting this month on the online store are streetwear and action figures based on anime series ‘Yasuke’ and ‘Eden’ as well as limited-edition apparel and decorative items inspired by the French thriller series ‘Lupin’ in collaboration with the Musee du Louvre.

The Witcher and Stranger Things

Coming soon to the Netflix online store will be exclusive merch based on The Witcher and Stranger Things, two original series with rabid fandoms, as well as new Netflix logo-wear from Japanese fashion house BEAMS, according to Josh Simon, Netflix’s VP of consumer products.

Netflix developed and launched the e-commerce site with Shopify.

The shopping site will first be available in the US before expanding to other countries in the coming months.

Netflix already has licensing deals for hundreds of products based on its original programming, sold by Target, Walmart, Amazon, H&M, Sephora, and other retailers.

In the future, the company plans to introduce products based on hit series “The Witcher” and “Stranger Things”.Netflix logo-wear from Japanese fashion house BEAMS. Netflix has also created video games based on shows “Stranger Things” and “La casa de Papel (Money Heist).” Shares of Netflix rose 0.4 percent to $487.72 (roughly Rs 35,700) in afternoon trading on Nasdaq.

For the launch of the store, the company is introducing a collection of anime-inspired collectibles from three up-and-coming designers: Nathalie Nguyen, Kristopher Kites, and Jordan Bentley.

As told, Netflix developed and launched the e-commerce site with Shopify. The shopping site will first be available in the US before expanding to other countries in the coming months.

OnePlus could be the next big name in the emerging cryptocurrency market?