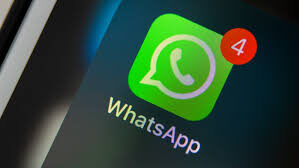 WhatsApp has been in the news right after the announcement of updated Privacy Policy. Facebook owned company has faced many controversies since and the early January has been a little rough too. As per the latest news, WhatsApp delayed Privacy Policy update for next 3 months.

Ever since the news, users and non-users have been criticizing the app. After having faced such criticism, the company finally took a call.

Also Read : WhatsApp clarifies Its Updated Version Of Privacy Policy, Claiming it Will Not Affect Messages with Family and Friends

“WhatsApp was built on a simple idea: what you share with your friends and family stays between you. This means we will always protect your personal conversations with end-to-end encryption, so that neither WhatsApp nor Facebook can see these private messages. It’s why we don’t keep logs of who everyone’s messaging or calling. We also can’t see your shared location and we don’t share your contacts with Facebook,” it said further.

“The update includes new options people will have to message a business on WhatsApp, and provides further transparency about how we collect and use data. While not everyone shops with a business on WhatsApp today, we think that more people will choose to do so in the future and it’s important people are aware of these services. This update does not expand our ability to share data with Facebook.”

The major effect of the controversy was the sudden downfall in the downloads of the app and at the same time, it gave high rise in the number of downloads in the alternative apps.

WhatsApp has announced that it is delaying implementation of the new privacy policy till May 2021, as the company wants users to understand the new terms and then agree. It admitted that the new policy has caused plenty of confusion and there has been a lot of misinformation about the changes as well. Further, WhatsApp as also promised that it will not delete anyone’s account on February 8.

It is mentioned in the blog by the company.

According to the blog,”We’ve heard from so many people how much confusion there is around our recent update. There’s been a lot of misinformation causing concern and we want to help everyone understand our principles and the facts.”

They added,”We’re now moving back the date on which people will be asked to review and accept the terms. No one will have their account suspended or deleted on February 8. We’re also going to do a lot more to clear up the misinformation around how privacy and security works on WhatsApp. We’ll then go to people gradually to review the policy at their own pace before new business options are available on May 15.”

Lets hope for the best.

The reaction from the company was much awaited. Well, better late than never.