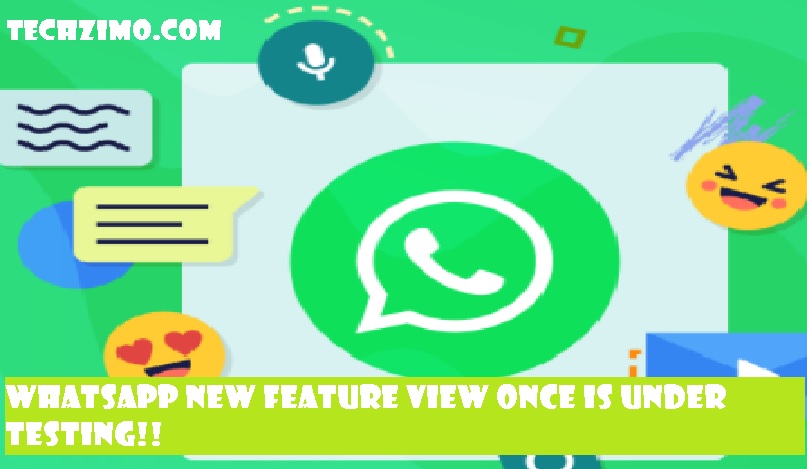 Instant messaging app WhatsApp is working on a feature through which messages will vanish automatically after the receiver has read them.

This feature will not be called expiring media

According to the report of WABetaInfo, the website that keeps the latest reports related to WhatsApp. this expiring media feature can be named View Once.

What is the Latest Addition to iPhone Family 2020: iPhone 12 Mini is the New Member??

Some screenshots have also been shared by the website, which shows how exactly this feature will work. Some old reports had said that whenever the user selects to share the picture. the icon of the expiring media will appear right alongside the image. Images sent using this feature will disappear immediately after the receiver sees them.

This is how the feature will work

However, it is shown in the new screenshots that whenever such a file is sent. the receiver will be informed through a notification.

It will look like after disappearing. When the media file disappears, users will see a message which says, ‘View Once photo expired’ (View once the photo has expired).

Also, an icon of the clock will make in place of the missing photo. However, the company is currently working on this feature. It is possible that there will be many more changes until the final version comes.

As of now, there’s no evidence to suggest that WhatsApp will be including a screenshot detection feature for expiring media. However, that may be a necessity otherwise recipients will be able to easily. take a screenshot of expiring media for later use. Since the feature is currently in development. WhatsApp may add such an option in a future release.

WhatsApp has released no official information

We have no info regarding a release timeline. We’ll update this post as soon as we learn more about the feature.