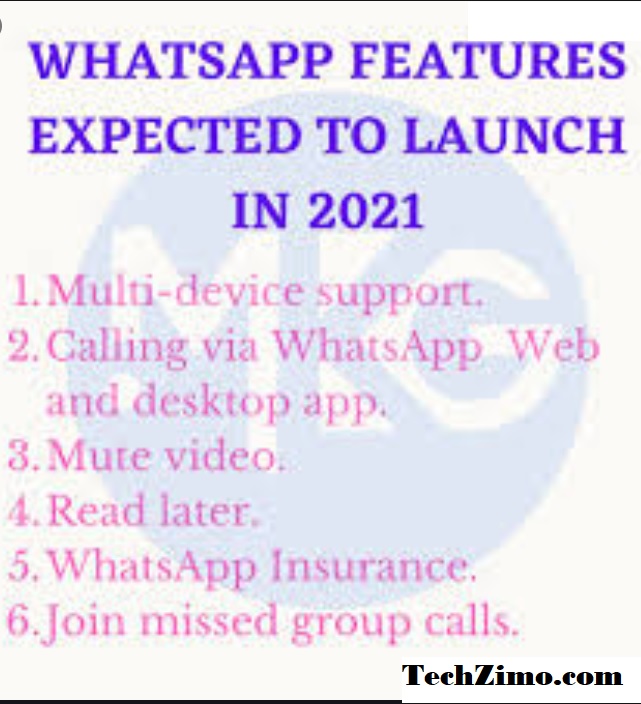 Hi Readers!! There is some good news for all of you the WhatsApp is testing some amazing features which completely change the user experience on Whatsapp. These are those Features which is not available on any other chat-messaging app.

WhatsApp is working hard to launch some of the new features that could bring back users who stopped using WhatsApp for other messaging apps.

The New feature “Multi-device support” Is the most popular feature, users have wanted it for a very long time.

The new feature mute video allows users to mute videos before they send them to their contacts.

The option will appear in the form of a volume icon that users will have to tap to mute while pressing it again will bring the volume back.

The New Feature is a demand of users from Whatsapp for a very long time. WhatsApp is working on the possibility of making voice and video calling available on the web version of the app.

WhatsApp recently made a lot of improvements to the Web/Desktop versions as well which include the biometric authentication feature and Read later option.

Whatsapp New Features: When it will be available to all

There are a lot of queries among WhatsApp users when these features will be available.

According to the report, The New features are in the testing phase and will be available to you within few months with their latest updates.