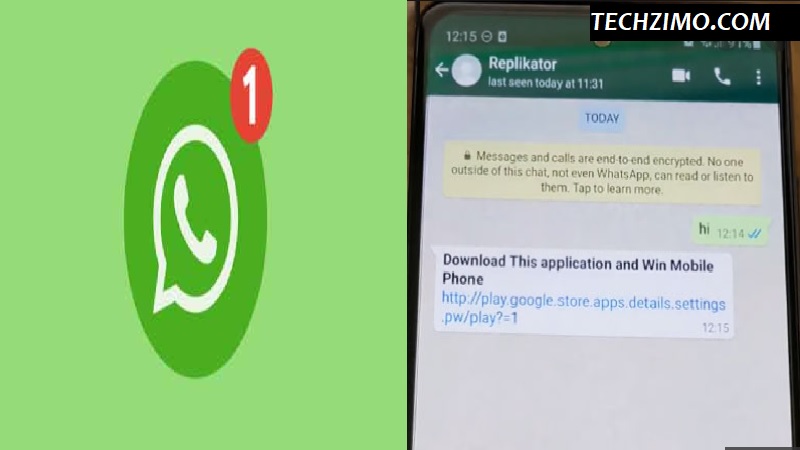 Do you know about the latest Android malware that spreads via WhatsApp and infect your contact list?

In case you don’t know, then let me tell you that this wormable malware spreads via WhatsApp and harms your contact list and the major fact is that you will not know anything about it.

This came into news when famous ESET malware researcher Lukas Stefanko confirmed about this malware.  He said-

“This malware spreads via the victim’s WhatsApp, automatically replying to any WhatsApp message notification with a link to a fake and malicious Huawei Mobile app,”

The malware, which was first reported by Twitter user @ReBensk, appears to be mainly intended to generate fraudulent advertising revenue for its operators.

Android users should not ignore this new wormable malware that gets distributed via WhatsApp and tricks the innocent users into downloading an app from a website masquerading as Google Play.

Stefanko has also shared a video by showing how the malware infects a device and wrote,

Malware spreads via victim’s WhatsApp by automatically replying to any received WhatsApp message notification with a link to malicious Huawei Mobile app. The message is sent only once per hour to the same contact. It looks to be adware or subscription scam.”

Want to know How it spreads?

How to stay safe from it?

Related Topics:How to stay safe from it?Want to know How it spreads?