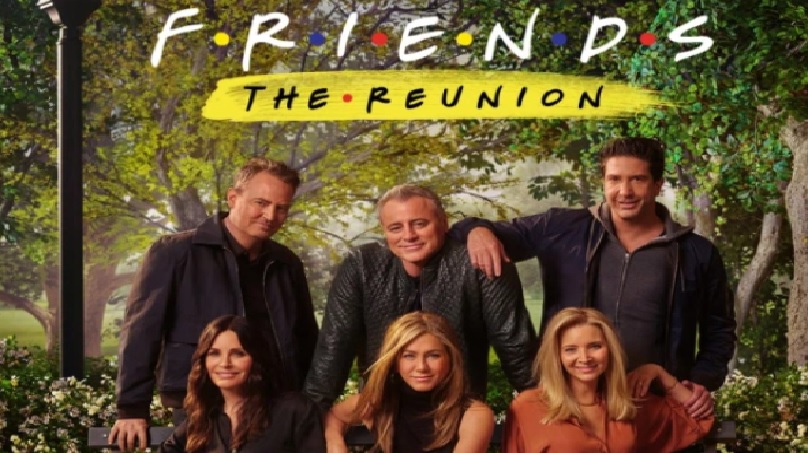 The wait for ‘Friends: The Reunion’ is over today.

In today’s special episode, the team once again reached their popular sets, once again relived those wonderful moments that were heart-wrenching. In this episode, James Corden interviews the entire star cast of Friends. During this interview, all of them have been seen opening some secrets while refreshing their old memories. It is reported that this episode is completely unscripted.

This special episode of Friends was aired worldwide on 27 May today. It is streaming in India started at 12.32 pm.

Recently its trailer was released in which the entire star cast of the show was once again seen sitting on the orange couch. However, after years, even though the effect of his aging has been seen on the faces of all the star cast. But they have the same enthusiasm and fun-filled spirit as they were years old.

In the trailer, Ross is seen playing the same game with six of his friends as he used to during ‘Friends’ with Rachel, Chandler, Joey, and Monica on the condition of getting Monica’s apartment. After this, the Friends Reunion begins, in which one by one all the stars become a part of the interview. During this interview, all of them have been seen opening some secrets while refreshing their old memories.

Twitter users soon started a meme fest on the same and it has only increased ever since the reunion episode was aired last week. Superimposing LeBlanc’s photo on different photos. Users were hell-bent on proving that the actor was giving off some serious Irish dad/uncle vibes.