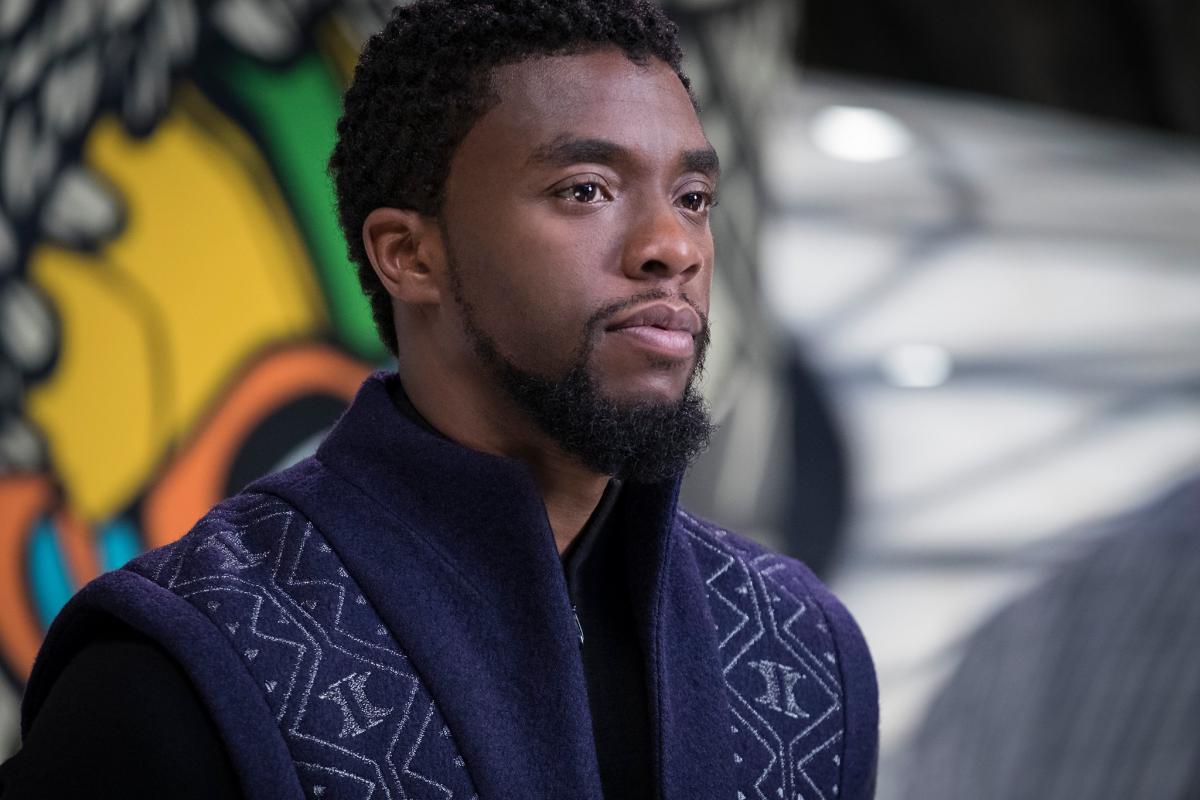 Hollywood is mourning after discovering that ‘Black Panther’ & ‘Avengers’ star Chadwick Boseman died on Aug. 28 after a four year battle with colon cancer.

Black Panther star Chadwick Boseman tragically died at 43 after a lengthy battle with colon cancer, his team confirmed with a heartbreaking statement on Aug. 28. “It is with immeasurable grief that we confirm the passing of Chadwick Boseman,” the statement on his Instagram account said late Friday evening. “It was the honor of his life to bring King T’Challa to life in Black Panther.”

“Chadwick was diagnosed with stage III colon cancer in 2016, and battled with it these last 4 years as it progressed to stage IV,” the statement also said. “A true fighter, Chadwick persevered through it all, and brought you many of the films you have come to love so much. From Marshall

to Da 5 Bloods, August Wilson’s Ma Rainey’s Black Bottom and several more, all were filmed during and between countless surgeries and chemotherapy.”

Chadwick was beloved by his fans and his colleagues, and he’ll never be forgotten. To learn more about Chadwick, see what we discovered below:

1. Chadwick’s private cancer battle can probably be expl ained by the fact that he always valued his privacy. Even though he was an actor for over a decade, he tried to keep his personal life as private as possible. When he was once asked about his love life, he said, “It’s no one’s business, really. When you talk about that, you become a whole different type of celebrity. Your personal life bleeds into your professional life. I’m an actor, and you know me from who I play. You get a sense of who I am, but you don’t know everything.

2. He had a huge family. “When my grandmother died, she left 115 grandkids and great grandkids. That was just one side,” he once stated in an interview with Mr. Porter.

3. He played sports in school. “I played Little League baseball, but I also played basketball,” the actor revealed in his interview with Vanity Fair. “Basketball was my primary sport. When you play basketball seriously, a lot of times, through the summer season, you continue playing. So that replaced me playing baseball. But I’ve always been an athlete and continued do additional athletic activities.”

4. His acting career started on TV. Before starring in Black Panther and Avengers, he had roles in several TV shows, including Law & Order, CSI:NY, ER, Castle, Fridge, and others.

5. He didn’t have to audition for Black Panther. After Marvel Studios President Kevin Feige saw him in Get On Up, Kevin knew that Chadwick was the right man to play King T’Challa. “I think it was 24 hours between saying his name in a creative story meeting and talking to his agent and getting on a phone with him and offering him the role of Black Panther, which he accepted,” Kevin previously said.