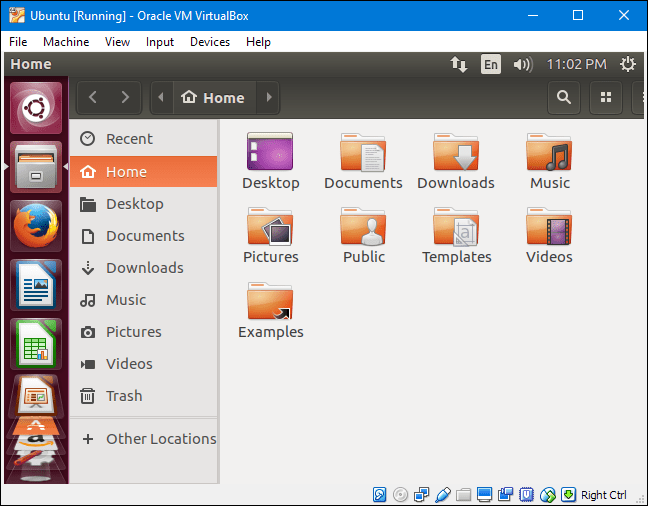 Virtual machines, or VMs, are becoming a trend in today’s world. They have millions of uses starting from professional bug testing, virus testing, etc. to privacy-related uses that normal everyday users have a vast interest in. Essentially a virtual machine is a software that lets you virtualize a specific operating system. This means that on your Windows machine you may easily install a virtualization software where you can install Linux, for example, and continue utilizing the system as needed to try and write scripts in bash, bug test your application, etc. Any operating system can be virtualized. This may be Android, iOS, Linux, macOS, Windows, etc.

There are a number of good free virtualization options out there starting from the most popular VirtualBox, to free versions of VMware. All you need to have is a virtualization application and an International Organization for Standardization (.ISO) media images for operating systems one wants to use.

What is a Virtual Machine?

A virtual machine app creates a virtualized environment, which we simply call a virtual machine, that behaves exactly like a separate computer system. The specifications can be anything since the hardware is actually nonexistent it is what you set it up with. However, the performance is obviously dependent on the machine you are running the VM on. It runs exactly like any other application meaning that it’s just a process on your operating system.

A lot of end-users utilize these machines to keep their working environments separate. Here in the office, we have this data privacy expert who uses different virtual machines for all kinds of operations. He has one for online shopping, a different one for just recreational use, and one for working. It is a good way to separate what you do on the internet making it harder for sophisticated tracking systems to identify who you are. Not a lot of people may know but a lot of data violent companies (enter Google) utilize digital fingerprinting to identify specific users across devices. Some people utilize virtual machines to hide their online activities. In countries where certain online activities are forbidden VMs with added Virtual Private Network (VPN) services help citizens to participate in different online activities. For example, in India online gambling is illegal (except for Goa, Daman, and Sikkim) this is why a lot of people starting utilizing virtual machines to hide their identity not only online but locally as well. Playing online slots for real money is becoming popular and people are trying to keep their devices sanitized since they do not need to input any identifying credentials into the VM and just purge the machine from existence once they are done playing.

It is worth noting that virtualization adds some overhead to the system. This means that the virtualized operating system is not going to perform as well as a host one. Things depend a lot on the VM software we use. Some, like VirtualBox, aren’t as good at transferring the GPU heavy workload to the guest systems so it is not the best when it comes to playing online games. However, more sophisticated (and expensive) programs like VMware make it more or less possible to not only play browser games but graphically demanding ones at that.

What Applications Do VMs Have?

Aside from fun stuff that we have already discussed above VMs are used for serious work-related stuff as well. First of all, professionals use this to get a feel for new upgrades that came out for the system to see if their applications make or break before upgrading the host OS.

Other good known applications are running operating system-specific software on a different host system. Meaning that if one is using Linux, for example, as the main OS and needs something done on a Windows exclusive application. Other uses are if one wants to run older applications like the ones written for Windows XP, 2000, or anything else.

Virtual Machines are sandboxed. This means that the guest system is isolated from the host. Software inside of the VM (if set up correctly) cannot escape the chains of the VM and therefore is relatively safe to use. This means that VM is used to test applications or even websites you do not trust. Security experts run different types of malware on the Virtual Machines to see how they operate and test possible solutions to the issues. This may be anything from a Trojan to ransomware like WannaCry. There are loads of channels on YouTube that happily showcase the effects of such programs on the systems using VMs.

It is worth noting that older operating systems are deemed unsafe to use at this point due to the fact that the support for them is canceled. This means that there are no new security patches coming out. So it is very much recommended, if necessary, to run them in a virtual machine.

There are loads of different virtualization software. However, we have a list of some of the most trusted ones down below which will get you started easily.

VMware Player – is free software developed by the VMware themselves. It runs on both Windows and Linux and this particular iteration is free. Although, there are multiple advanced features that are locked behind a paywall. The upgraded version is called VMware Workstation.

VMware Fusion – is basically the same as VMware Workstation but for macOS. Unfortunately, they do not release a free version VMware Player for the mac users therefore one is forced to buy Fusion. However, due to the fact that it is paid the program offers advanced features straight from the get-go.

VirtualBox – is a kind of a fan favorite when it comes to online communities. First of all, it runs on every major operating system like Windows, Linux, and macOS. Secondly, there are no advanced features hidden behind a payment. It is free and easy to use, a great entry into virtualization as a whole. As an addition, some of the features that VMware locks behind payment VirtualBox offers for free. However, it does not have a good Graphical Processing Unit (GPU) virtualization capabilities. Thus, if one wants to make a gaming virtual machine VirtualBox is not the one you need.

Parallels Desktop – is another option available for macOS users. This software is marketed towards average users who want to run windows applications on their Apple devices. It is not a free software however offers a lot of polished capabilities.

There are loads of other virtualization software as well. Linux, for example, has its own Kernel-based Virtual Machine (KVM) software while Microsoft has Hyper-V integrated into their Professional and Enterprise version Windows 10s. These can work extremely well, however, they are not made with the most user-friendly interfaces and thus are targeting more professional users.