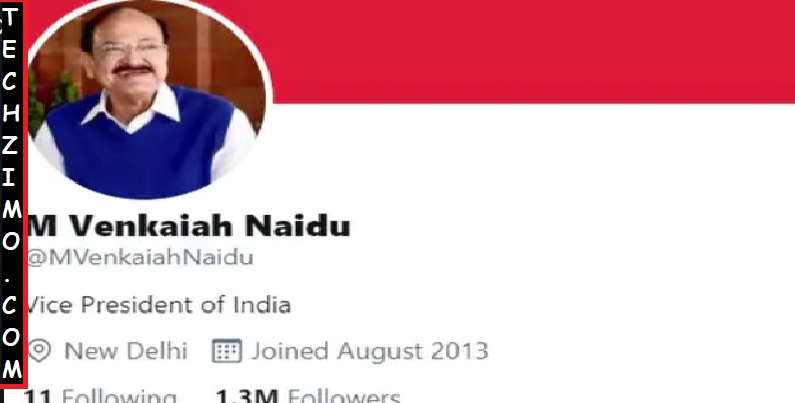 Every day Twitter is getting steeped in new controversies.

From its privacy policies to basic tweets, it always remains in news. You know that proverb “Love me, or hate me, but you can’t ignore me” is completely suitable for the popular social media platform Twitter.

So what is the latest controversy? You must be aware Nigeria has banned Twitter after it deleted a tweet of the country’s political head. So in outrage or we can say coincidently which doesn’t seem so tough, Twitter has been banned afterward. So now, again Twitter is in news and definitely for not a good reason.

Actually what happened is that- Twitter on Saturday removed the verified blue badge from the personal account of India’s vice president M.Venkaiah  Naidu.  Just after this incident, fans didn’t take much time in noticing this change and started asking the popular platform about the reasons for doing the same.

Some users claimed that –

It is not a good decision in fact it’s an insult to a popular leader and claimed it as a partial decision of microblogging website Twitter.

But if true sources have to be believed that then the microblogging site has said that- “The account was inactive since last year of July. Due to this inactivity, this action has been performed as the company policies comply”.

They claimed the algorithms to be responsible for the same. Twitter said that behind a blue tick or a blue badge. There is a verification process going on at the backend. And this verification process works on some algorithms. So whenever any account remains inactive for a longer period of time, then nit automatically removes the blue badge from the account out of concern.

So similarly M.Venkaiah  Naidu’s account was inactive for a longer period of time. And the last tweet was made on 23 July 2020. so the algorithms automatically removed the badge from the account.

But now Twitter has realized the mistake and has corrected it just after the outrage started on the Twitter handle by many of its users. They restored the blue badge on M. Venkaiah Naidu’s account.

Twitter recently removed its verified blue badge from the accounts of other Indian political personalities. The Twitter account of Rashtriya Swayamsevak Sangh (RSS) chief Mohan Bhagwat is amongst the ones who lost the verified badge. It is, however, not a case of Twitter specifically taking action against these accounts.

The recent removal of the blue badge or blue tick is instead a result of Twitter’s new verification policy. In which it defines that the badge and verified status might be removed if an account becomes inactive or is incomplete. The new policy came into force on January 22 this year.