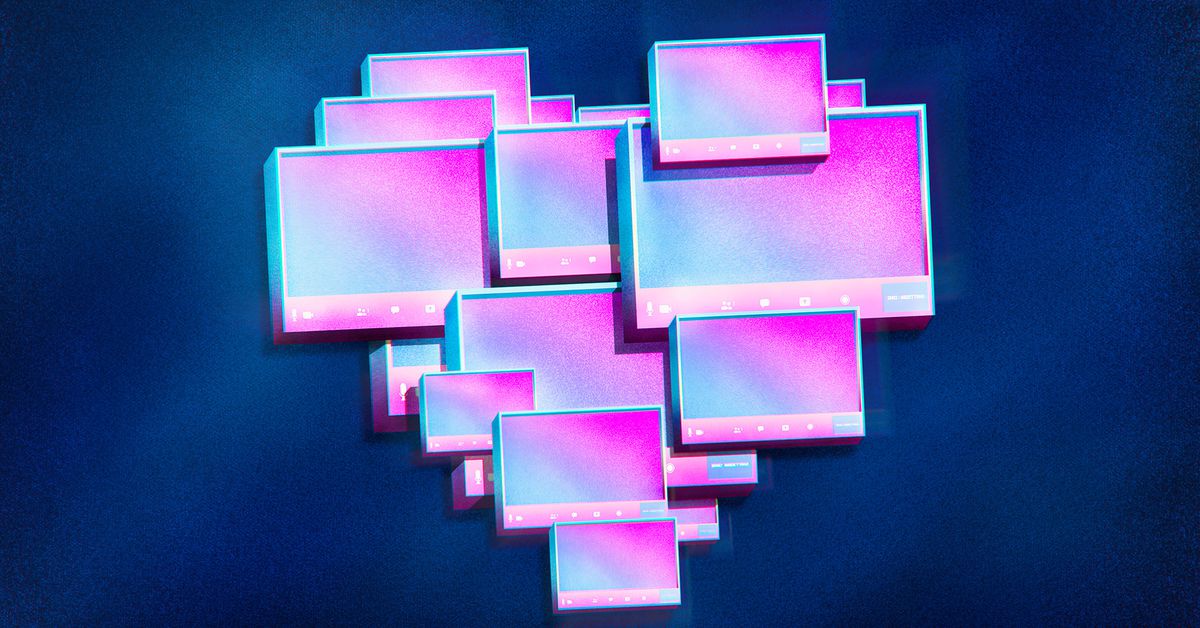 A slow song comes on, and phone flashlights light up across a series of Zoom tiles, swaying like they would at a concert.

In a way, these fans are at a concert, but this is a virtual one on Zoom, with over 200 people all listening to the same songs together from their own rooms. The 5 Seconds of Summer songs cut in and out, getting fuzzy, distorted, muted, and blaring as fans wave their arms, mouth the words, dance along, or just scroll through their phones. Although the members of 5 Seconds of Summer aren’t scheduled to be on the call, their faces appear as Zoom backgrounds, posters hanging on walls, user icons, and, in one case, a mask worn by a fan.

Since the outbreak of the novel coronavirus, social gatherings have moved online, and Zoom has become the go-to platform for workers, students, and families to communicate with people they know — and, in some cases, people they don’t. People in various fandoms have started using Zoom to connect with other fans online. Often, it’s people they’ve never interacted with before, and it’s almost always people they’ve never seen face-to-face. Fans have been hosting listening parties, watch parties, crafting groups, book clubs, and even unofficial virtual “concerts” online using the videoconferencing app.

“There’s no tours to look forward to, there’s nothing to be excited about really.”

These Zoom meetups have offered fans comfort during difficult and uncertain times. “There’s no tours to look forward to, there’s nothing to be excited about really, because everyone is just in this limbo,” said Elham Mohamud, who hosted a Zoom party where fans rewatched the Saturday Night Live episode hosted by Harry Styles.

Mohamud put a call out on Tumblr in March, and she ended up finding eight people interested in joining her. She had spoken to a few of them on Tumblr before, and video chatted with one of them. But for most of the people on the call, this was the first time they actually heard each others’ voices.

“We’re all bonding over this one person and this thing that we are huge fans of, and I just thought that that was really nice and comforting,” Mohamud said.

Internet friends come with the territory for fandoms, especially for teenagers and young adults who have grown up with platforms like Tumblr and Twitter. Making internet friends is an essential part of the Tumblr experience, and Tumblr’s culture actively encourages it. “Ask” posts containing lists of questions for followers to ask (anonymously or not) circulate the site along with posts essentially giving followers permission to message them. Posts on the site often recount what it’s like to have internet friends. These friendships are often protected by the anonymity of a username and icon, though, so video chats are a big step beyond what internet friends are used to.

But as Zoom has become a normal part of our school and work lives, it’s also transformed into another digital meeting space for fans. In the span of a week, Daniella Galatro went from putting out a call on Twitter for 5 Seconds of Summer fans to chat with to group chatting with three other fans and finally to cohosting a Zoom listening party with them for 5 Seconds of Summer’s latest album, CALM. None of the cohosts have ever met in person; they live in New York, Ohio, Indiana, and Alabama, and now they FaceTime regularly.

“I’ve been talking to some people in this fandom for years now,” Galatro said. “It’s incredible that you can connect with someone that you’ve never met before at such a deep level.”

For their first listening party, Galatro and her friends encouraged fans to dress the way they did when they started listening to the band, which, in Galatro’s case, meant flannel, a beanie, one of the first 5 Seconds of Summer shirts she ever bought, and “really bad eyeliner.” In between listening to songs, older 5SOS fans shared inside jokes about the band with younger fans. And when it was over, the roughly 30 people on the call formed a group chat to keep talking.

It was such a hit that Galatro cohosted two more virtual concerts after that, including the one I attended in mid-April. The hosts did their best to make it feel like a real show: they sent tickets to fans over Twitter, they had a playlist of different artists in place of an opening act, and they let fans into the Zoom call one by one. It came even closer to being an actual 5 Seconds of Summer concert when one of the band’s members, Michael Clifford, briefly joined the Zoom call after Galatro passed the code along to him.

The initial listening party was in part to rack up streams to help CALM climb the Billboard charts. But it was also a way to meet other fans at a time when concerts, signings, meet-and-greets, and other events that happen as part of an album’s release have been canceled.

“I’ve had multiple people reach out to me wanting to do more of these streaming parties,” Galatro said. “Because it’s kind of like hosting your own concert because concerts are canceling left and right.”

Artists have increasingly started using Zoom and other live-streaming platforms to connect with fans, too. Several musicians have been performing sets on live streams, but others have just been around to hang out. Charli XCX hosted a Zoom call with her fans, and 5 Seconds of Summer held a listening party via Instagram Live when CALM was released. All Time Low recently announced a meet-and-greet and acoustic set over Zoom for fans in place of an in-person signing.

All friendships are being carried out online, collapsing the space between the friends you meet in person and those you only know digitally

Galatro feels that the stigma surrounding having internet friends has decreased, even more so since social distancing started. All friendships are being carried out online, collapsing the space between the friends you meet in person and those you only know digitally. Many of the people I spoke to said they had already been meeting friends of friends in Zoom parties, which made them more comfortable getting on a Zoom with others they’d never met before. Several fans I interviewed also said that they didn’t have many friends they knew in person who shared the same love for their favorite artists, so they turned to Twitter and Zoom to find people to connect with.

It’s not just fans of music or even members of the same fandom who have been coming together on Zoom, though. Sheila Lane holds a weekly crafting session on Zoom where she has people from a variety of fandoms, including Harry Potter and Marvel, join in and work on different kinds of projects, including quilting, knitting, making paper origami earrings, and creating masks. She normally gets around a dozen people, chatting and crafting for three hours every Thursday.

“It really is an escape from the outside world.”

“It really is, for the most part, an escape from the outside world,” Lane said.

Lane used to cross-stitch at work and thought stitching sessions would be a good way to stay connected with her friends. After contacting a few people, she decided to post it on Twitter, and because she didn’t want to leave anyone out, she opened it up to everyone interested in crafting.

“You know those disaster preppers that have all the food hoarded in their basement?” Lane said. “My sister says that I’m a social prepper. She said that nobody in the world was more ready for a pandemic where I couldn’t leave my house and could only talk to my friends through the internet.”

Galatro’s continuing group chats suggest these friendships can outlast the immediate Zoom calls, like the three friends she’s made, who she now considers some of her closest friends.

“We all connect really well,” Galatro said. “It’s really funny because now that you make friends like this in this time period, you can’t go out and actually meet them.”