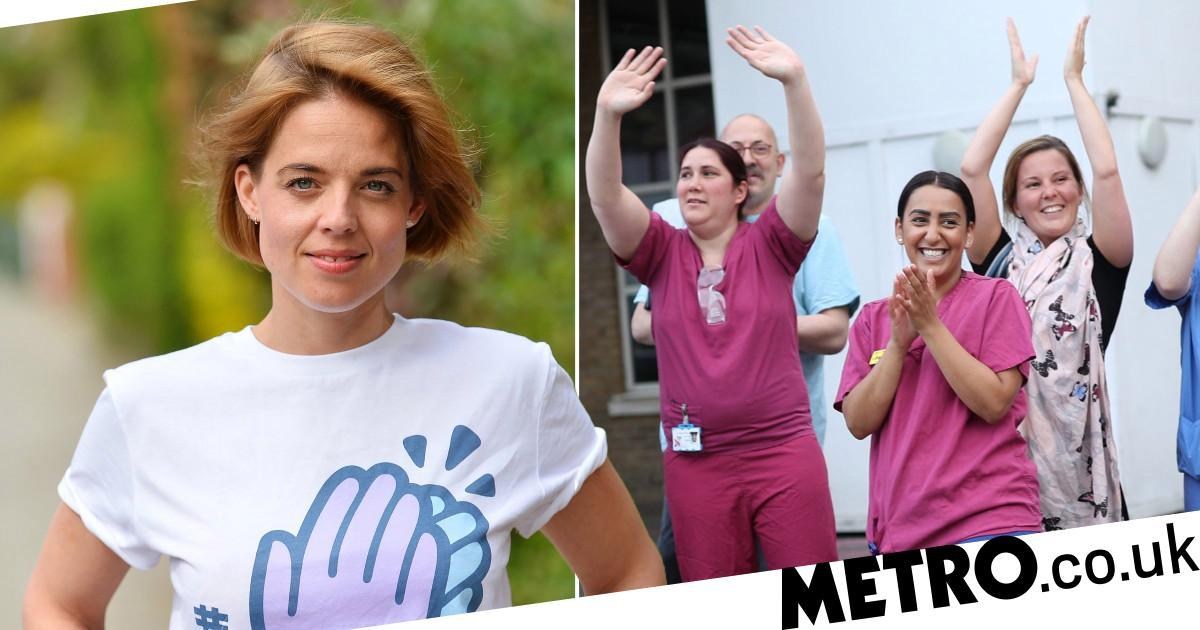 The founder of the weekly Clap for Carers thinks it should stop because it has become too politicised.

Annemarie Plas, a Dutch national living in South London, said she was ‘overwhelmed’ by the support for the event but said it was better to stop when it was at ‘its peak’.

Millions of people across the country have regularly paused to applaud frontline NHS staff, carers and health workers after the coronavirus outbreak.

It has seen people gather in their gardens, balconies and on street corners, sometimes playing instruments or bashing pots and pans to create a visual and audible show of support.

Mother-of-one Ms Plas, 36, said: ‘I think it’s good to have the last of the series next Thursday, because to have the most impact I think it is good to stop it at its peak.

‘Without getting too political, I share some of the opinions that some people have about it becoming politicised.

‘I think the narrative is starting to change and I don’t want the clap to be negative.’

Next Thursday’s will be the 10th weekly event, which was started as the UK went into lockdown in March, and has seen members of the royal family, the Prime Minister and celebrities join in.

But it has also divided opinion between some who feel empowered and encouraged by the gesture, and others who feel it is patronising – particularly over the Government’s initial decision, later reversed, to charge overseas health and care staff for using the NHS.

Ms Plas added: ‘A clap is something normal people can do, showing our appreciation.

‘But the power is not with us. We can give them respect but we are not signing the cheque – that falls on another desk.’

Ms Plas suggested resurrecting the clap in 2021 to mark a year since the coronavirus outbreak.

She said: ‘Stopping clapping doesn’t mean we are not still appreciating them.

‘Some people will still want to carry on, so they should.

‘But we will stop and show our support in other ways – there are other initiatives we can support.’

Get in touch with our news team by emailing us at webnews@metro.co.uk. For more stories like this, check our news page.