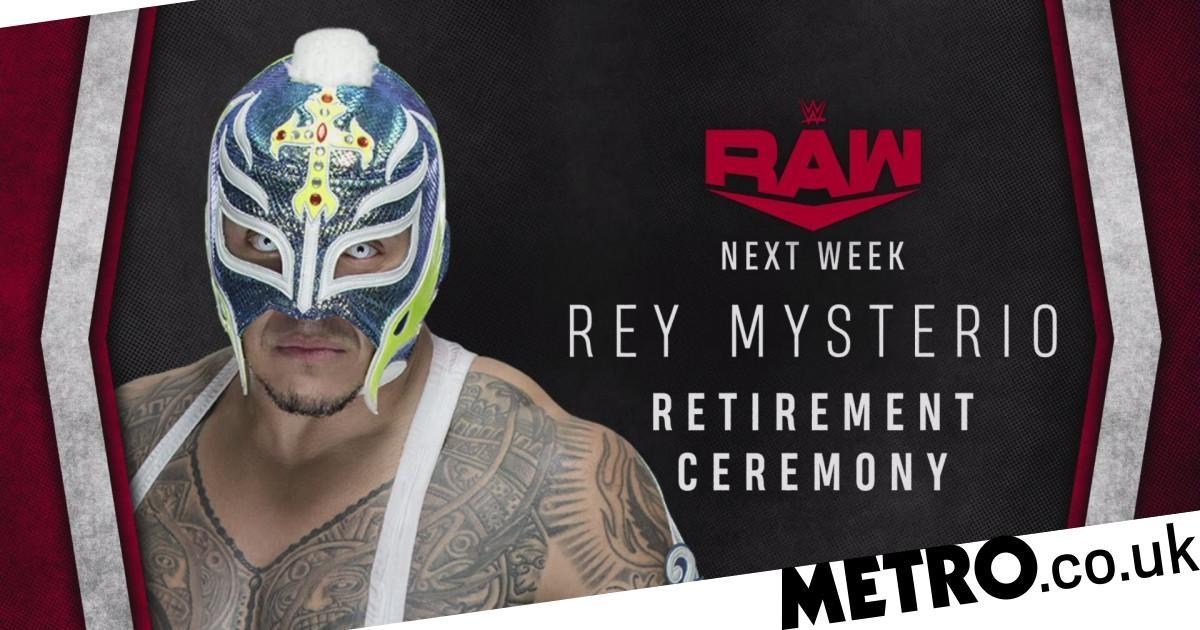 WWE is advertising a ‘retirement ceremony’ for Rey Mysterio on next week’s Raw.

The Master of the 619 has enjoyed an illustrious and influential career since his in-ring debut in Mexico at just 14 years old back in 1989.

While there would be no surprise to find out Mysterio is looking to wind down, thankfully the legendary luchador doesn’t seem to actually be hanging up his boots just yet.

Despite the announcement for Raw, it appears to just be part of WWE’s storylines as Rey’s current rival Seth Rollins will deliver the ‘retirement’ address.

Earlier this month, the Monday Night Messiah took out Mysterio following a tag team match, brutally attacking his eye and leaving him wailing in pain.

It’s clear the teased retirement plans are actually in place to further their feud – but it’s also a reminder that the iconic performer is still nearing the end of his long career.

There have been reports that Mysterio’s contract expires later this year and he’s yet to sign a new deal.

However, he has also expressed his desire to share the ring with his son Dominick as either tag team partners or opponents, so that suggests he’s not done.

‘I definitely would love to potentially share the ring with him one day. I think, after that happens, I can retire peacefully.’

Meanwhile, he has also discussed what his son needs to do to make a name for himself in the industry.

In October last year, he told Metro.co.uk: ‘It’s very important. Any time that he feels like he needs to compare his work to mine – that’s one of the first words of advice that I gave him.

‘He needs to create his own legacy, he doesn’t need to try and imitate mine. He understands that.’