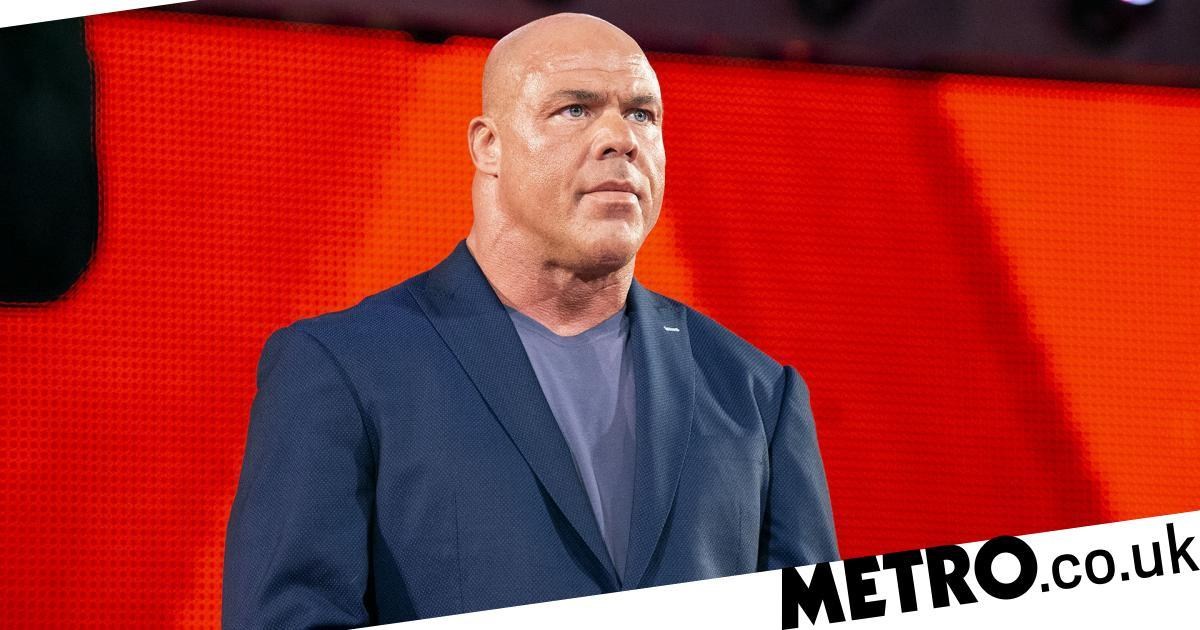 The Hall of Famer and Olympic hero – who famously won a gold medal for the United States in 1996 with a broken neck – appeared to be done with the company just weeks ago, but he’s set for a sensational comeback.

As confirmed by WWE.com, Angle will be appearing on Wednesday night’s NXT broadcast as a special guest referee.

The legendary superstar will be the authority as Matt Riddle and Timothy Thatcher clash in a Cage Fight this week.

The grudge match was set up after Thatcher debuted as Riddle’s partner in place of Pete Dunne, who has been unable to defend the NXT Tag Team Titles due to travel restrictions amid the coronavirus pandemic.

However, it took less than a month for the Newly-Bros to implode and drop the titles to Imperimium – which in turn has set up something of a dream match.

WWE’s announcement continued: ‘Thatcher called for a match that could only be won by knockout or tap-out. Riddle one-upped him, proposing that they meet inside a cage.

‘But what kind of a cage exactly does Riddle — who is familiar with fighting inside chain link as a former UFC welterweight — have in mind? And what sort of impact might Angle have?’

The special referee announcement will be music to the ears of many fans after Kurt’s name was on a list of those released as the company confirmed a number of cuts amid the coronavirus pandemic.

While many of the talents – including Rusev, Heath Slater and Sarah Logan – seem to have had a clean break, Angle looks poised for a memorable return.

The Birmingham native earned a huge win of KUSHIDA on last week’s episode, setting up a Triple Threat between Maverick, the Japanese favourite and rising star Jake Atlas.

The victor in that match will go on to face El Hijo del Fantasma.

Then, the winner of the tournament will be named Interim NXT Cruiserweight Champion, but they will face current title holder Jordan Devlin once the Irishman is able to travel to the United States.

MORE: WWE’s Undertaker would have retired if ‘train wreck’ D-Generation X dream match hadn’t been such a disaster