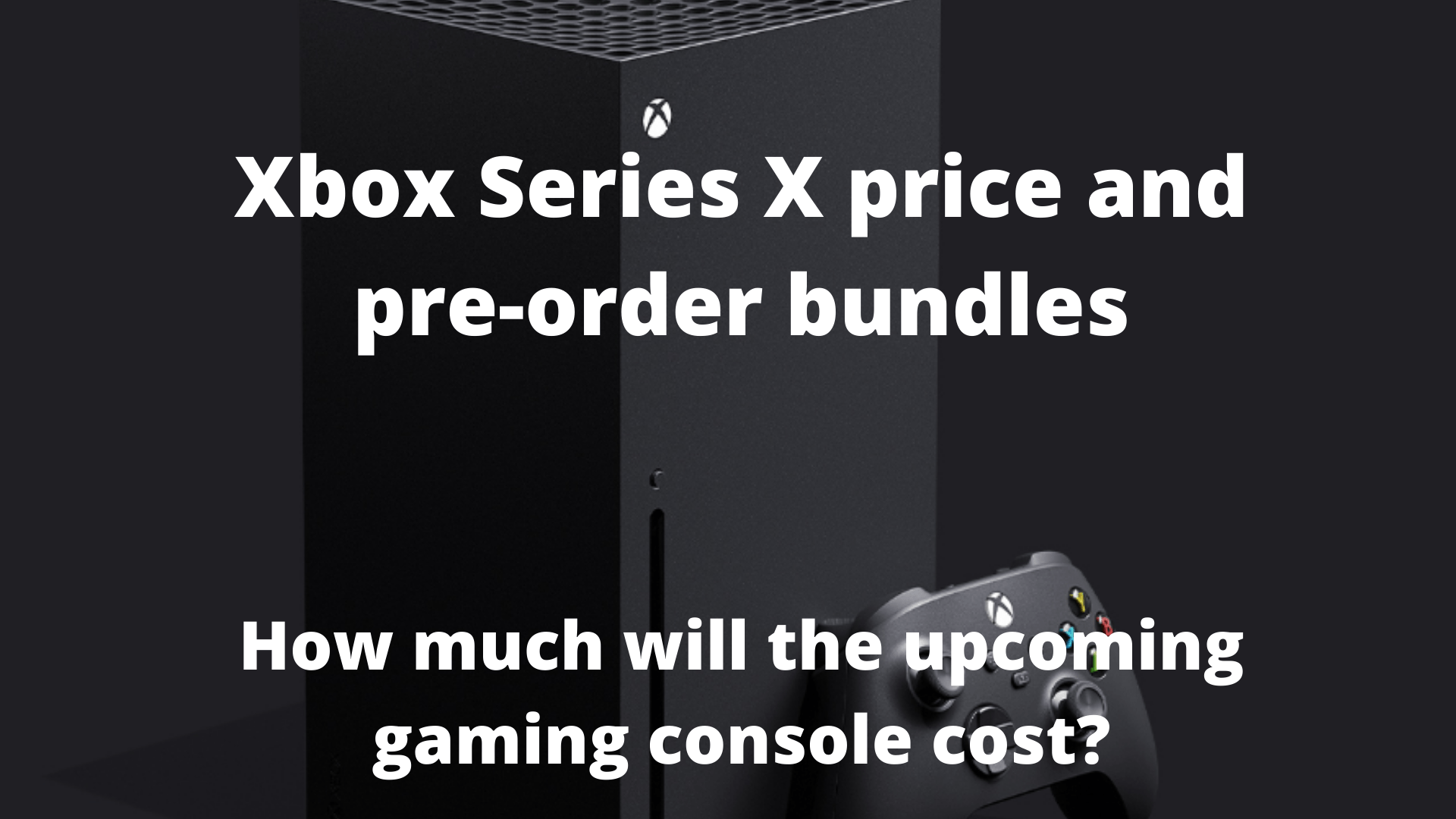 Parallel by side, Microsoft’s Xbox series X’s rumors are prevailing over the web as Sony’s PS5. Waves are going around the web revealing that “In an event in an upcoming in August by Microsoft many things are going to be revealed about the console”. However, we are still in dark about price and launch date. The wait is not so long now for the announcements of cost and pre-orders. So, I am going to share everything we know so far about Xbox Series X price and pre-order bundles.

This new generation console, Xbox Series x, is going to be gaint with its re-engineered features inside out. The main focus while developing the console is speed and performance and thus gamers will experience more playing time and less loading time. Xbox series X has huge technical capabilities and the innovative Xbox Velocity Architecture. Thus, Players can seamlessly switch between multiple titles and resumes instantly from where you last left off. The three air-flow channels evenly scatter the temperatures produced by the advanced internal components and thus keep the console quiet and cool.

Waiting for a ray of light, the prices are still unknown. Starting from the very first release of Xbox console in 2001 to its latest release in 2017, the price hiked from $ 300 to $500 and that’s not so huge. So, I think this time also, Microsoft knows the soft point of sales and keep the console price under budget. However, the new generation console is bringing advanced configurations and thus a little hike in price from 2017 is expected but how much?

Our significant search over the price is bringing console prices in the range of $529 to $600!

Sony and Microsoft, are waiting for each other to reveal the price first. It would be no surprise if both PS5 and box series x would come with the same price tag.

No specific release date had announced yet but Holidays 2020! The below screenshot is taken from the official website revealing the release of the console in Holidays 2020.

According to my point of view, the console would be released by the end of November 2020. let’s see when will be the date!

To date, Microsoft hasn’t opened the pre-orders of the console. However, online e-commerce gain has already made a page for Xbox series X console description product images, description, specs, but the price is still a question mark? And the pre-order tab is disabled. You can signup on these platforms for notifications about PS5 availability. It’s like notifying about pre-order. So whenever pre-orders start these platforms send yo a mail informing about pre-order of the console.

A lot of games are already known for the console but the news about pre-order bundles is yet to be confirmed. Having said that, some of the biggest titles are usually partnered with a new console. This year’s installments include FIFA 21, Fortnite, Rainbow Six Siege, and Assassin’s Creed Valhalla, all of which are confirmed for the new console.

It is very much expected that Xbox series X is going to bundle with certain accessories as well.

A play event is expected in the month of Augst for Xbox series X and we are expecting Microsoft to release details about pre-order and bundle details for box series X. Sign up on Amazon, eBay, Gamespot, and the best price for upcoming notifications about the console. We would like to hear your thought as well. Share your feedback.

I hope you would like the article. Thank you!