Holidays 2020 is coming in just 4 months and no official information yet released about the upcoming new generation consoles, Xbox series S, X, and PS5. But a remarkable announcement has made on Twitter by “Roberto Serrano” about the release date and price of the consoles. Scroll down to know about Xbox Series X, Xbox Series S, PlayStation 5, PlayStation 5 Digital Edition price, launch date, and price information.

What did Roberto Serrano say?

Roberto Serrano posted on Twitter confirming the release date and prices of the most-awaited consoles. He posted the following: 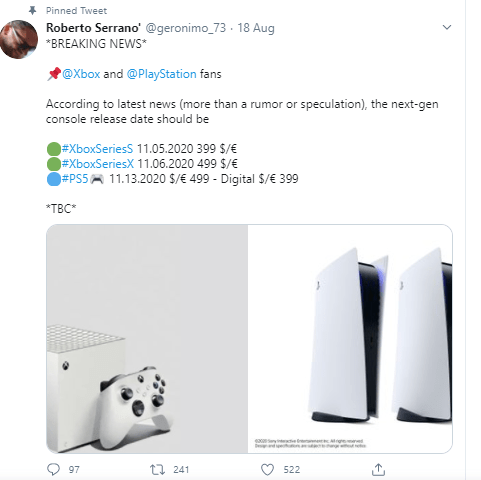 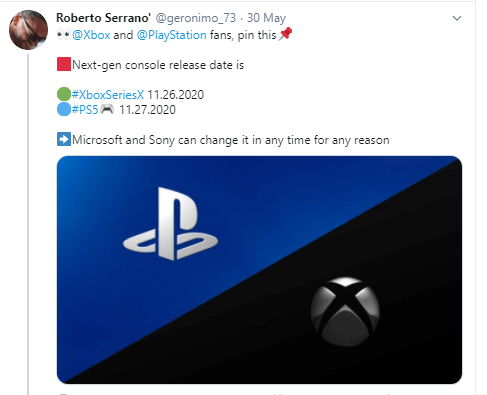 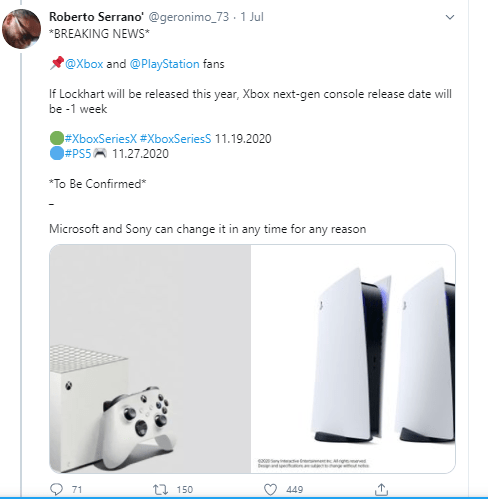 This news has been waving over the internet and causing goosebumps among fans. Are these dates and prices really real? Well, we would not trust any random sources but this would have risen ray of hope to all players who are eagerly waiting for the consoles.

So, how do you like this information. We would love to hear from you. Thanks for reading!