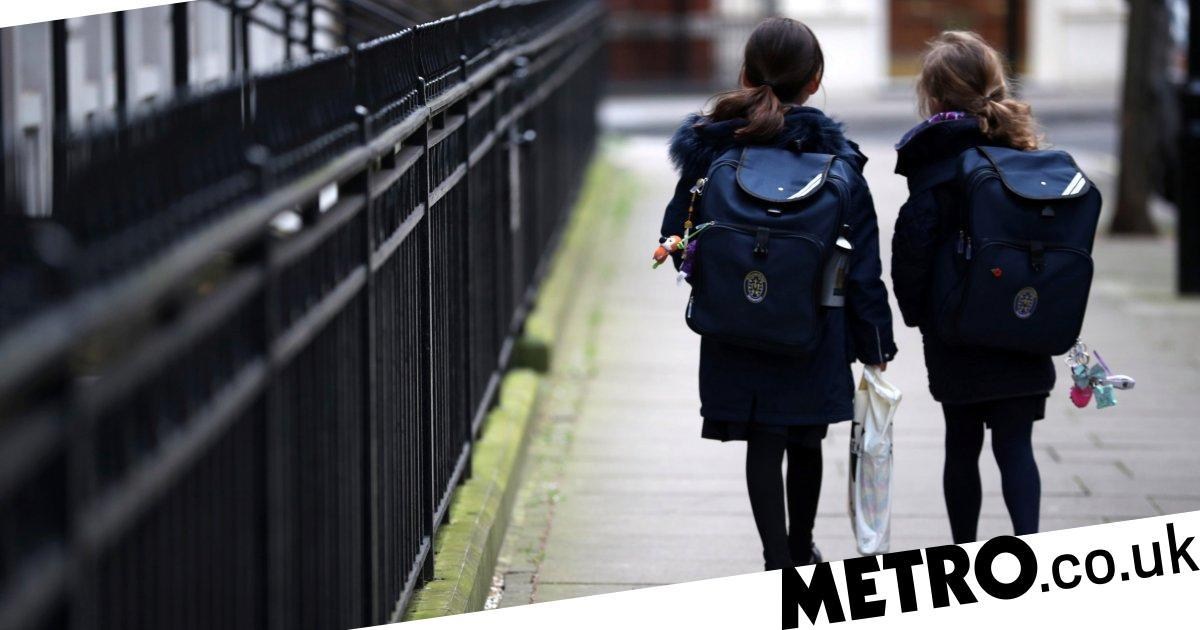 Yet another council in England has refused to reopen its schools at the beginning of next month – following other areas in the north.

Schools in Bury, Greater Manchester, will not reopen ‘while high levels of Covid-19 remain’, the council has confirmed.

Unclear guidance around practical arrangements for social distancing within schools, as well as concerns over testing and tracing, and supply of PPE, were listed as other reasons for refusing to open.

There is growing opposition across the country to the plan to reopen primaries to certain year groups from June 1.

Councillor Tamoor Tariq, the council’s lead member for children’s services, schools and families, said: ‘Bury Council has been working closely with each of our headteachers, their governing bodies and their professional associations, and with other educational partners, to assess how the government’s recent advice and guidance on primary schools reopening to a wider cohort of pupils (Reception, Year 1 and Year 6) can be safely implemented.

‘While high levels of Covid-19 infection in the North West remain, and guidance around practical arrangements for social distancing within educational environments, testing and tracing, and supply of PPE is unclear, the borough will not be reopening schools on June 1.

‘We recognise the importance of schools reopening, not only in terms of education but for social and emotional reasons, especially for the most vulnerable children.

‘We also recognise that role of getting children back to school in helping to kick-start the economy. But this needs to be done with the safety of school communities at front and centre.’

Since the coronavirus outbreak many of Bury’s schools and early years providers have remained open, with 73 open for 714 vulnerable children and children of key workers.

Mr Tariq added: ‘Throughout this period headteachers have been working hard to prepare for a wider reopening, and we will work closely with them as they continue to do that.

‘Bury’s schools will reopen as soon as it is safe to do so. Anything we do in Bury will continue to be in full consultation and agreement with our schools, and with parents and carers in the borough given clear information on the situation at hand.’

Bury Council is the latest in a growing list of councils in the north of the country which are refusing to reopen on June 1, generally due to higher infection rates.

Rochdale Council has already written to parents to warn them not to expect schools to open at the start of the month, stating they ‘do not want parents to rely on a date suggested by government, that schools may be unable to meet’.

Wigan Council has also informed parents that the June 1 date is not set in stone and earlier today we reported how Stockport council has confirmed its schools will not open until June 10 at the earliest.

List of councils which have refused to reopen on June 1

Pupils would have ordinarily been due to return from June 8 following
the half term, but now that will be delayed. It is proposing for teachers to be back in on that date, but to have two training days to ‘allow staff teams to be appropriately trained and prepared in how to manage the new ‘way of working’ safely.

Providing the transmission rate of the disease is low enough, the government’s plan is for a phased return of pupils, starting with children in Reception, Year 1 and Year 6.

But across the country a growing number of councils have rejected the proposals and teaching unions have hit out saying it will put staff and pupils at risk.

The letter to parents in Rochdale says: ‘We have been in touch with the Department for Education and have emphasised that in Rochdale we are determined to do the right thing for our children, families and schools. This may not fit with the expectations or timescale of government.’

In contrast, the boss of an academy trust has insisted his Greater Manchester
primary schools will open on June 1.

Oasis Community Learning has 35 primary schools across the country and
six in Greater Manchester.

Founder Steve Chalke said: ‘We’re opening our primary schools on June 1. The greatest risk for many children is being stuck indoors, with no fresh air and little digital access, socialising or nutritious food. So socially distanced and not pressuring anyone to attend, we’re opening.’

The Department for Education says teachers have a ‘duty’ to get children back into classrooms.

A DfE spokesman said: ‘Getting children back to school and nurseries is in their best interests and all those working in education have a duty to work together to do so.

‘We welcome the children commissioner’s support for a phased return of children to primary school with many of the measures she raises, like staggering drop-off and pick-up times, keeping children in smaller groups and regular hand washing, already in train.’