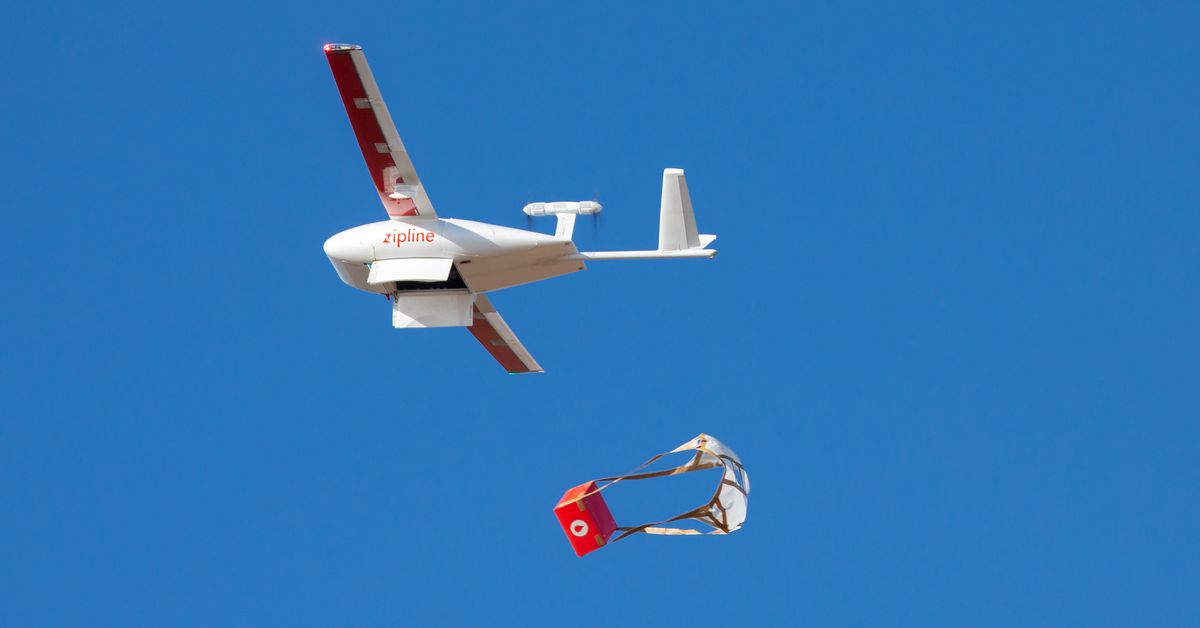 Zipline’s drones are delivering medical supplies and personal protective equipment to a Novant Health Medical Center in Charlotte, North Carolina, the two companies announced today. Importantly, considering the COVID-19 pandemic, the deliveries are entirely contactless. Zipline says this is the first emergency drone logistics operation to help hospitals respond to the pandemic, and it’s also the longest-range drone delivery service that’s been approved in the US.

“We’re likely in for a long-term fight against COVID-19,” Zipline CEO Keller Rinaudo said in a statement. “Using contactless drone logistics will be an important tool in that effort. The work underway here in North Carolina will provide the rest of the country with a blueprint for how to build the most resilient and responsive health care system possible.”

Transporting almost four pounds of cargo at up to 80 mph

The service has begun by delivering supplies to Novant Health’s Huntersville medical center from a depot next to its facility in Kannapolis, North Carolina. Once the drones reach their destination, they drop the supplies via parachute, meaning the center doesn’t need any additional infrastructure to receive deliveries. Zipline says its drones can carry almost four pounds of cargo and travel at speeds of up to 80 mph.

For now, Zipline has been given Federal Aviation Administration (FAA) approval for flights over two routes, with round trips of between 20 and 30 miles. However, the company’s drones have a total range of over 100 miles, meaning they’re capable of reaching 30 more Novant Health facilities, pending FAA approval. In the next two years, Novant and Zipline hope to get the FAA’s go-ahead to serve health facilities and even patients’ homes as part of a full commercial service.

Although this is a US first for Zipline, this is not the first time the company’s drones have been used to deliver medical supplies globally. In 2016, the drone logistics company started delivering blood in Rwanda in what was, at the time, the first national drone delivery system. In 2019, it expanded operations to Ghana. In total, the company says its drones have flown over 1.8 million autonomous miles, and now, it’s using its drones to help respond to the COVID-19 pandemic in both countries.

Zipline and Novant Health aren’t the only companies to be using drones to deliver medical supplies in North America. Most recently, back in April, UPS and CVS started using Matternet’s M2 drones to deliver prescription medication to a retirement community in Florida. However, while Zipline’s drones deliver directly to medical facilities, in Florida Matternet’s drones are used to deliver to a pickup location, before a UPS ground vehicle takes the package to the resident’s door.

Alphabet’s Wing is also currently conducting drone deliveries in Virginia, although these consist of household items like food and coffee, rather than medical items. That hasn’t stopped demand from increasing as a result of the pandemic, however, as people socially distance rather than heading to stores.