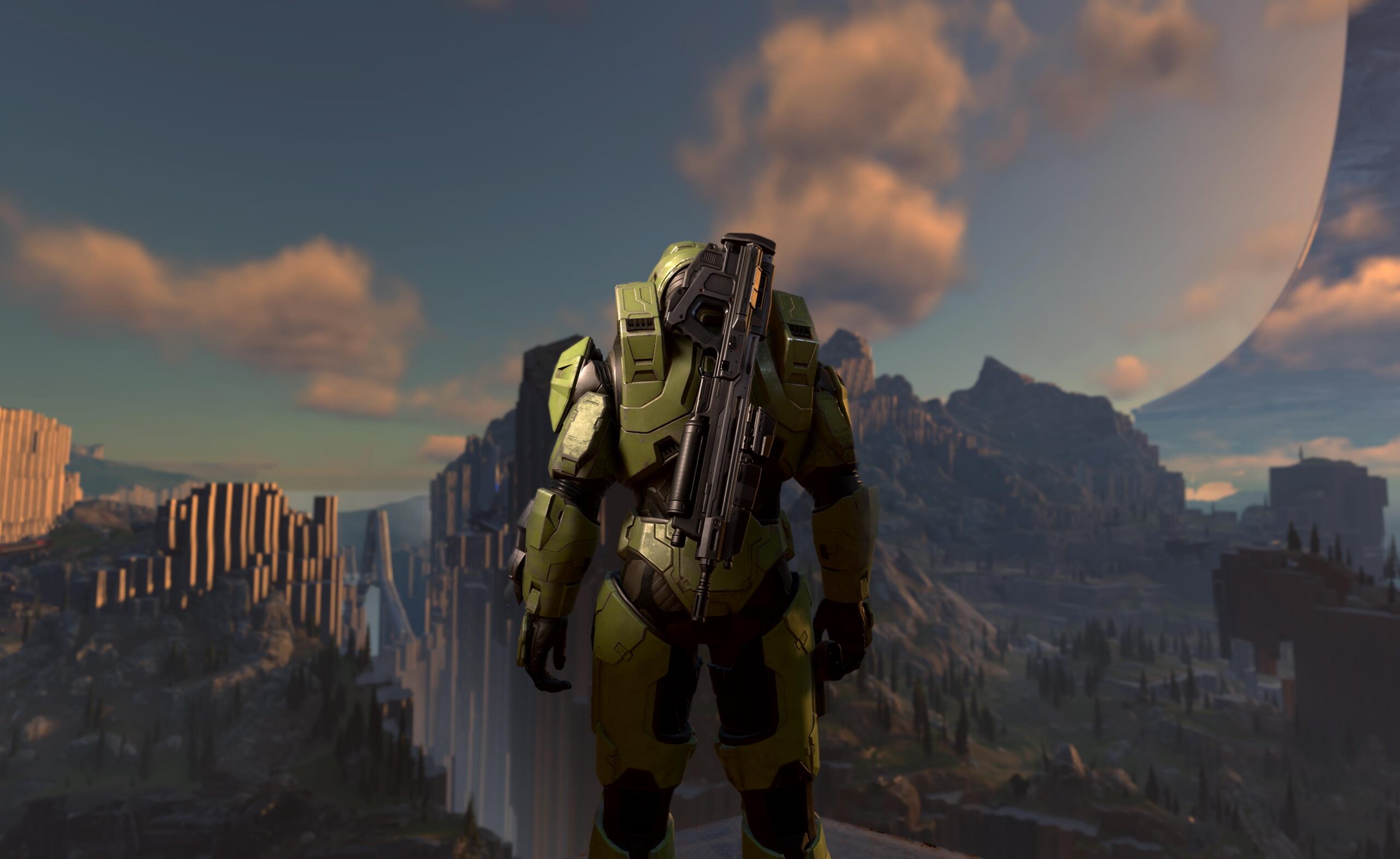 Halo Infinite is an upcoming first-person shooter game developed by 343 Industries and published by Xbox Game Studios for Windows, Xbox One, and Xbox Series X/S. The initial release date of Halo Infinite was December 2020.

“This was the Halo we imagined back in 2000, finally come to life, after 20 years of technical and creative innovation.” Creative Director Joseph Staten shares his thoughts alongside updates from the team on art, graphics, and player customization in the first installment of “Inside Infinite.”

The legendary Halo series returns. When all hope is lost and humanity’s fate hangs in the balance, the Master Chief is ready to confront the most ruthless foe he’s ever faced. Begin anew and step inside the armor of humanity’s greatest hero to experience an epic adventure and finally explore the scale of the Halo ring itself.

You can click the link below to check out the official Gameplay video of Halo Infinite.

The cinematic trailer of the game is an ode to the eyes. You would love it too.

Here’s the link for a quick view of its official trailer.

The initial launch date of the game was December 2020. But now, as per the latest reports, the release date has been changed to Fall 2021 which includes September 2021 to December 2021. Though the exact dates have yet not been disclosed by the company.

As per the company officials, they are still working on the massive game.

They believe that one needs to be in it to enjoy it.

Honestly, after watching the Gameplay and Trailer, I am spellbound myself. It is a complete treat. A complete package. 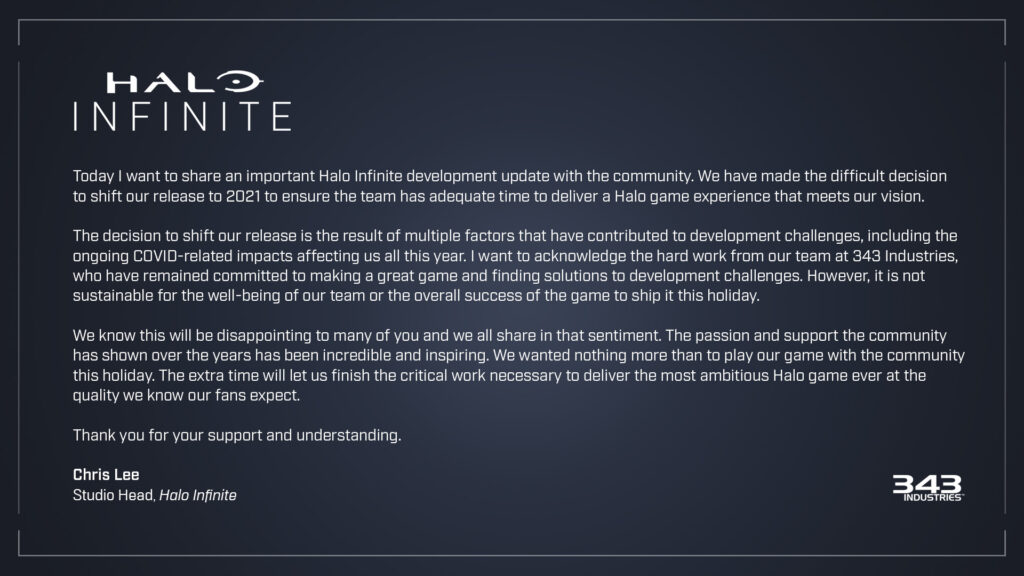 The company officials made it on twitter that the game will be slightly delayed in its release.

Though it came as a disappointment to many, but it also has some fascination that’s keeping everyone waiting for it.

We will keep updating you with the latest news from the game.

Be with us and keep following our posts for the latest updates.

Don’t forget to drop in your suggestions, queries and reviews about the same.